The history of Immanuel Baptist Church can be traced to 1885 when a missionary outpost for First Baptist Church was established that sought to bring the Baptist tradition to northern Richmond. A group of ministerial students led this initiative. The mission, which was named the Fourth Street Mission Chapel, was first located off of Fourth Street at the intersection of Jackson Street and Duval Street. The mission severed its formal relationship with the First Baptist Church in 1890 and became the Fourth Street Baptist Church. The new church then created missions not only to Richmond residents but also to residents of other countries that were thought to be particularly in need of spiritual and economic assistance. The first mission outside of the continental United States was established in July, 1890. By October, 1894, the church had grown so rapidly that the congregation moved to a new location on North Fifth Street and adopted its current name, Immanuel Baptist Church. The congregation decided to move from its North Fifth Street location in 1915 to a building at the corner of Pine Street and Grace Street. At this time the congregation voted to separate from the Association of American Baptist Churches and become an independent Baptist church so that it could select and support its own missions. The church moved again in 1958, this time to its current location on the corner of Monument and Thompson Avenues. In 1963 the church building was expanded to include north and south transepts (wings) of the church, and in 1983 an educational wing was built. This wing provided the church with essential space to include a fellowship hall, a renovated kitchen, various classrooms and additional staff offices. 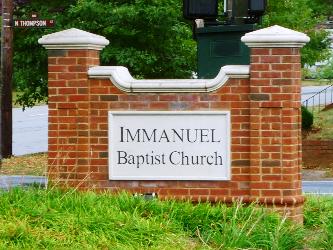 The church offers a number of programs for interested congregation members. These programs include parenting classes, young couple’s class, Mothers of Pre-schoolers Program (M.O.P.S.), counseling services, and student ministries. There young adults can talk, take classes and watch movies. The building is considered multipurpose and accommodates a wide range of needs for the church youth. The M.O.P.S. Program assists mothers in managing their lives and spiritual journeys while contending with the needs of their pre-school aged children. 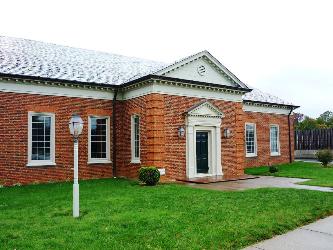 The mission program of Immanuel Baptist Church, to spread its message throughout the world, remains the cornerstone of the church. There are over forty missions, with many located outside of the United States. Areas missionized include Albania, Brazil, Canada, Central Asia, Southeast Asia, China, Ghana, Honduras, India, Kenya, Netherlands, Paraguay, Russia, and South Africa. Immanuel’s missionary program is led by an associate pastor and a missions council. The missions are funded by the various missions programs and the core contributions of the church. The church devotes over forty percent of its operating budged to this cause. Other local missions provide spiritual guidance and direction to residents of detention and juvenile confinement centers, primarily within the Richmond metropolitan area.