Planning for the Hindu Center began about 25 years ago as local Indian families wanted a place for worship and religious training for children. Most of the funds raised for the center came from families themselves, and the center was ultimately completed around 1990. There are four levels of membership that support the Hindu Center. The annual contribution for regular memberships is $51 per family, for life memberships $1,000 per individual (but a spouse can be a life member for an additional $1). Life members are eligible for election to positions on the executive committee. Corporate members are life members who have held that position for at least three years, have been nominated as corporate members, and have been active in the center and provided substantial service. Honorary members must be 65 years or older and have provided service to the center and its activities. To gain a position on the Committee, one must be elected from other existing board members. There are approximately 2500 Hindu families in Richmond. Within the Hindu Center, there are 600 life members, 250 corporate members, and 200 regular members. A small proportion of regular members are Muslim or Christian. Most members are from the Richmond and tri-city area.

Services at the Hindu Center are conduct in either Hindi or Sanskrit. The mantras and songs to be performed for each service are selected by the priest at the beginning of the year. In Hinduism it is believed that your life is determined by the nine planets. At the beginning of the year, the priest makes a calendar based on the predicted positioning of the planets that year. Participation in Hindu Center services is quite informal. Although the center has formal services, individuals are free to go in and pray whenever the center is open. Likewise, there is no formal dress code. Even during formal services, individuals are free to come and go as they desire. 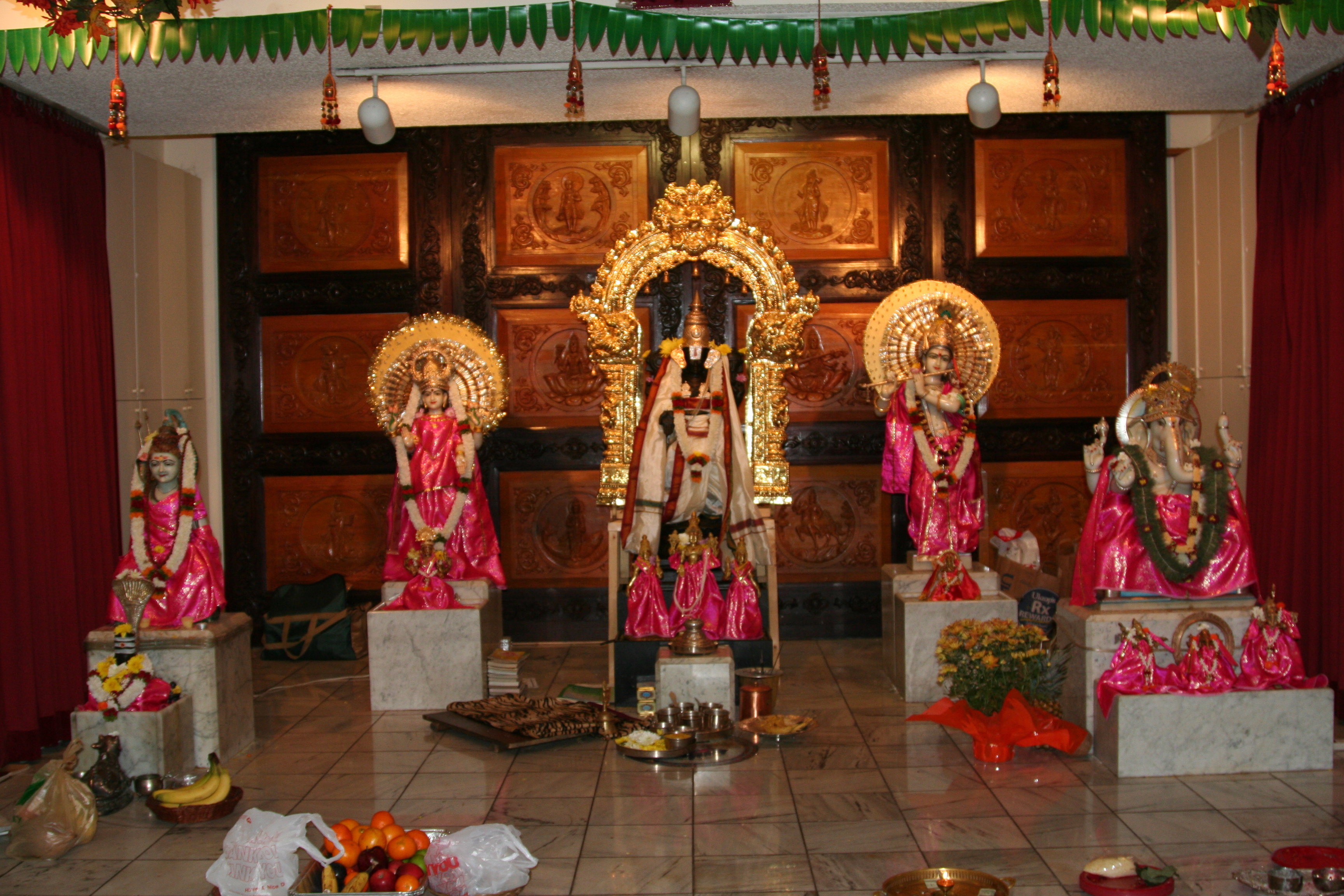 The service begins with a Puja, known as the awakening of the Lords. The priest arrives at the temple, opens the doors, and chants mantras to awaken the Lords for the day. In this portion of the service, anyone may participate but most often the priest alone conducts the chanting. The priest then performs a Puja for each of the seven to eight deities on the alter. Everyone remains seated and watches as the priest chants the mantras. Those who know the mantras may also chant. When the priest has completed chanting the mantras, the congregation begins to sing devotional songs. The temple provides instruments provided, but others are brought by temple members. After the singing of devotional songs is completed, there are announcements of community events and service projects. The final Puja is the offering (Aarti). Everyone stands and passes a plate filled with a small lamp or candle, flowers, and rice grains two or three times around the deities before giving the plate to the next person. The items on the plate are symbolic offerings. The light represents life and knowledge; without light there would be no life. Light also eliminates the darkness, which is ignorance. Flowers in Hinduism are viewed as the most perfect gift God has given. By offering flowers, members are symbolically communicating to the Gods that they are offering the best thing on earth in return for all that they have received from God. Rice grains on the plate represent the wealth and health members have attained through the food God has given. 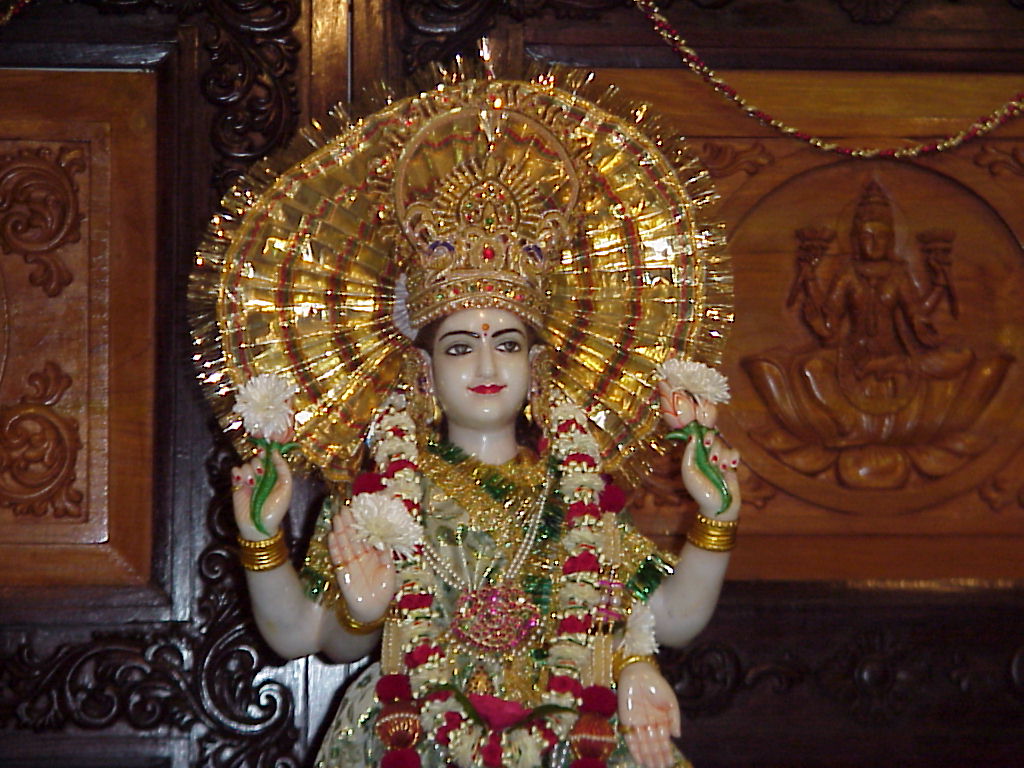 The Hindu Center sponsors six or seven cultural events each year, and these are usually conducted in Sanskrit or Hindi. The center’s primary community outreach activity is working with the Habitat for the Community. The center also holds educational programs in Hinduism for the Richmond area, along with language classes for Hindu, Sanskrit, and Gujarati. There are plans to begin teaching Tamil as well.

A small alter with nine deities in black stone represents the nine planets. When individuals pay respects to the planets, they chant mantras and pray as they walk around the small alter. This observance thanks the planets for the prosperity they have given and asks that the planets that might bring harm either not to do so or ease the harm they have brought. After the final offering, everyone sits together and eats food volunteers have prepared. The shared meal is open to anyone in the Richmond community.