The Hijrah House, located in the Blackwell community, is a halfway house run by the Muslim Chaplain Services of Virginia. The Muslim Chaplain Service of Virginia is a non-profit, faith-based organization whose mission is to serve as an outreach group to incarcerated individuals and their families. Members visit prisons throughout Virginia, providing both inmate education and religious instruction. Members also aid in the inmates transition back into society. 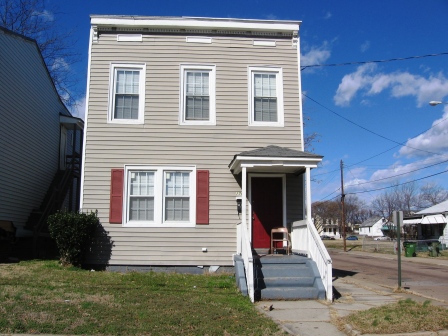 The Arabic word “hijrah” translates as “journey” or “migration,” and it serves to symbolize the journey that residents make back into society after being released from prison. Hijrah House serves as a temporary home for those who lack financial means or sufficient family support upon their release from prison. Residents undergo a screening process before being accepted, but being a practicing Muslim is not a requirement. During their stay, they are taught life-coping skills to help facilitate their transition back into society. Residents receive support in job training, resume preparation, and job seeking during their stay, but the Hijrah House considers it important that all residents work at an occupation which matches their skills and aspirations. The staff believes that too often men just out of prison are pressured to immediately start a full time job regardless of whether that job is suited to that individual’s abilities. The Hijrah House aims to facilitate the process by which the resident reaches his full potential, and there is no limit on the length of one’s stay. However, the average length of stay is one year.

Being affiliated with the Muslim Chaplain Service of Virginia does mean that those who are practicing Muslims can observe their faith in a supportive atmosphere. Muslim residents are able to observe the five daily prayers and other Islamic Holidays. While there are many Muslims that pass through the program, people of all faiths are welcome. Residents of other faiths are not allowed to worship publicly or observe religious holidays in the house.

Hijrah House staff conduct interviews before individuals are admitted, and two requirements are that the resident not be a sex offender and not be heavily medicated. The Hijrah House usually has a maximum of five residents at any one time. The residents are expected to hold a full time job, stay drug free, and help in the general running of the house. Fighting and stealing are also not permitted and can be grounds for removal. Residents are also expected to pay up to a maximum of 75 dollars per week, with part of the money going into an escrow account which the resident can access upon completing his stay at the house. Residents are allowed to receive visitors, but the visitors must remain downstairs in the common area. The Hijrah House is supported by an annual fundraiser and other private donations.