Good Shepherd Baptist Church is currently located on North 28 th Street in the historic Church Hill area of Richmond, Virginia. Reverend Robert C. Williams and former members of 31st Street Baptist Church founded the Church in 1918 in response to a growing demand for new places of worship. Original services were held at the Mission House of St. John’s Episcopal Church while the church building was constructed at 32 nd and O Streets. In 1920 Good Shepherd was recognized as a regular Baptist church and became affiliated with the Virginia Baptist State Convention. The church became known for its spirit-filled preaching and singing and drew a constantly growing congregation. This expansion caused the church to rapidly outgrow its facilities. In 1945, the church purchased a new site at 1200 North 28 th Street. 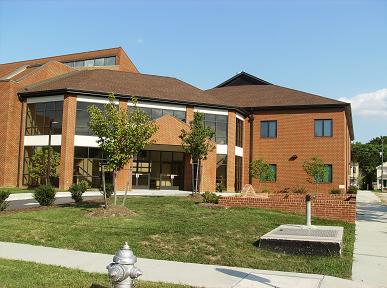 During the 1960s, provisions were made for handicapped members and taped ministries became available for the infirmed and shut-in members. A nursery program was created for the morning service. The church established a Board of Christian Education, appointed a director of Christian education, established a three-year rotation system for deacons, and elected their first female trustee. A scholarship committee was established to acknowledge high school graduates and to award scholarships to members seeking undergraduate degrees. The scholarship program is the only fund raising event sponsored by Good Shepherd.

The 1970s brought more changes for the church. During this decade Good Shepherd started the Golden Age program for members seventy years of age and older. A nine-passenger van was purchased to transport elderly members to various events. A tithing program called Project 300 was initiated. The church ordained its first female deacon and appointed its first female chairperson to their Board of Deacons and Trustees. Good Shepherd participated in the building of a school in Africa through the School Partnership Program sponsored by the Peace Corps and contributed money locally for the rebuilding of the campus chapel at Virginia Union University.

The 1980s again brought growth to Good Shepherd Baptist Church, and on November 8, 1981 the cornerstone for the current building was laid at 1127 North 28 th Street. The congregation began using the new facility in March of 1982. During this time period the church began a relationship with Congregation Around Richmond Involved To Assure Shelter (CARITAS) to provide shelter for the homeless in the community. The Single Adult Ministry (SAM) was established as well as the tutorial program, using church members as volunteers. In the 1990s, numerous programs were developed for the church and community. Comprehensive pre-marital counseling sessions, marriage enrichment sessions, men’s Bible study, children’s church and training workshops for youth leaders are just some of the programs available.

The current decade has been spent expanding the current facility and making general improvements to the property such as an elevator, media center, and additional classroom space. The church has also added administrative offices, choir and robing rooms, as well as a new entry at the front of the building. Good Shepherd also now works with The School of Theology at Virginia Union University, and many members have completed their training there.

The congregation of Good Shepherd currently consists of approximately 400 African American members. Public worship services are held each Sunday morning as well as Thanksgiving Day and New Year’s Eve. A typical service begins with an organ solo selection followed by a song from the hymnal. The church’s choir may perform several selections during the service. Offering and tithes are collected, followed by the reading of scripture and the gospel lesson. An invitation to Christian discipleship (altar call) is presented to the congregation. The organist closes the service. Each attendee is given a bulletin that includes the names of those who are ill or shut-in and are encouraged to include those names in prayer.

Individuals may be received into membership by any of the following methods: baptism (a person who confessed Jesus Christ as the Lord and Savior, adopts the views of faith and principles of God Shepherd Baptist Church, and is baptized by immersion), letter (a written letter from any other Christian church), Christian experience (a believer who is a former member of a Christian church, who for a sufficient reason cannot present a letter from that church), restoration (a former member of Good Shepherd who adopts the views and principles of this church may be restored into membership upon request), watch-care (a person who is in the community for a brief period may be received into membership for a one-year period. Students and military personnel may unite under watch-care for the duration of their stay in the immediate area).