Ginter Park Presbyterian Church, located on Seminary Avenue, celebrated its centennial anniversary in 2007. The church was initially founded through the combined efforts of Dr. Walter W. Moore, Lewis Ginter, and George Watts. Dr. Moore, a former student and then instructor at Union Theological Seminary, initiated the project when he concluded that for the seminary to grow and flourish it needed to be in a more urban than rural environment. The project and location originally had been intended to become an expansion of the Union Theological Seminary. Ginter, a former linen merchant and General in the Confederate Army general, enjoyed great financial success in Richmond through real estate ventures, involvement in the city’s first electric trolley system, and the formation of American Tobacco Company, along with Watts, in 1890. Moore asked Ginter to donate almost twelve acres to the Union Theological Seminary, which he did willingly. Watts donated the main building in Ginter Park, allowing the space for classes, a dorm, and offices. He also donated money a few years later, in 1898, to finance the construction of the Union Theological Seminary Chapel, which was built in 1900. The historical account presented in Ginter Park Presbyterian Church, The First Hundred Years states that “ Watts then gave additional money for the Chapel, which was built in 1900 as an octagonal-ended annex to the initial Seminary building, and both were named for their benefactor.” It was not until 1907 that the area was canvassed and it was determined that local residents wished to establish a formal congregation. Since its early development, that congregation, Ginter Park Presbyterian Church, has continued to grow and add buildings. The church has prospered through difficult times and experienced significant changes in the make-up of its congregation. 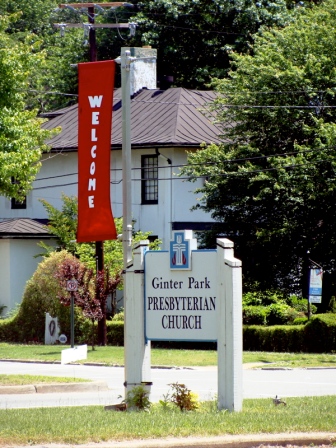 Ginter Park Presbyterian Church holds its worship service on Sunday mornings. Prior to the service there are lectures, programs, and a Peace Forum. The average congregation size is about three hundred. The children are not separated from adults during services but instead sit up at the front of the church and are given coloring materials. Ginter Park Presbyterian Church is associated with the Micah Program, which partners with Ginter Park Elementary School in tutoring and volunteering for special activities. Church members also tutor inner city children. The church actively supports the Virginia Interfaith Center for Public Policy and advocates for the rights of the poor with the Virginia General Assembly.

Ginter Park Presbyterian Church has a long history of mission work. Its first organized mission occurred in 1911 when the church paid the salary of a student who had completed his academic work for a mission in what was then the Belgian Congo. The church began publishing Missionary Survey on a monthly basis, providing information on other international missions. The most recent missions have been to Pakistan, the Philippines, Korea, Palestine, Japan, and Africa. The mission “season” begins in February. Ginter Park Presbyterian Church started a Korean church from within its walls. The missionary programs are based on the church’s stated commitment to peace, social justice issues, morality, education, and overall welfare of human beings. The international missionary activity of the church is mirrored in Union Theoretical Seminary as the institution enrolls students from Africa, Taiwan, and India. Over eighty percent of the international students are from Korea. 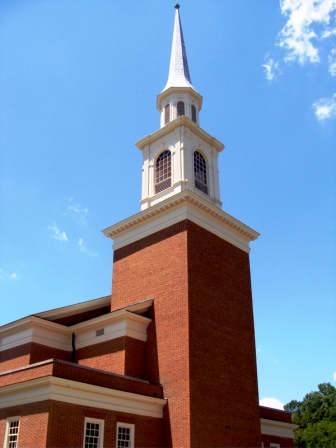 Profile prepared by Cat McCarthy
May, 2008