St. Sergius and Bacchus Western Rite Church, an Old Catholic Jurisdiction, became the Gentle Shepherd Church in 1999. The church was founded by seven individuals from diverse religious backgrounds. Monsignor Uly Gooch became the pastor of Gentle Shepherd in 2002, and served until his death in 2005. The church affiliated with the Catholic Apostolic Church of Antioch, one of the largest independent Catholic jurisdictions in the nation, in 2003.

After the death of Father Gooch, the presiding Archbishop of the Catholic Apostolic Church, Richard Gundrey, appointed Father Thomas David Siebert as interim pastor. Father Siebert became the permanent pastor of Gentle Shepherd in 2007, and has since been elevated to the rank of Monsignor. He also now serves as the Apostolic Administrator of the Church of Antioch in the Diocese of the Southeast. 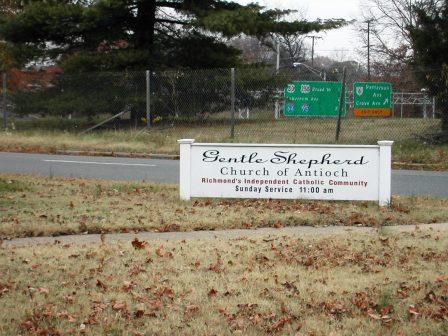 The Gentle Shepherd describes itself as a love-centered liturgical community that is fully accepting of all types of people with openness to homosexuality as well modern and postmodern thought. As the church states this commitment: “we believe that we are all created in God’s diverse image, and there is simply no place for hatred, intolerance, or bigotry of any kind. The denomination is non-creedal, non-dogmatic, sacramental and mystical, concentrating on self responsibility and inner spirituality. The clergy are not administrators of catholic dogma, and so the church does not support rules concerning personal belief. Worship is a joyous experience of gender, race, or sexual orientation.” Women are welcomed to the priesthood or other holy orders. 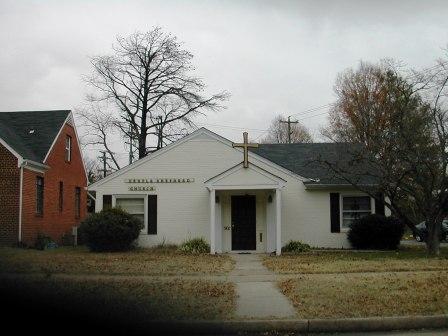 The Gentle Shepherd has weekly services on Sunday mornings. The Mass is quite similar to the Roman Catholic or Anglican Mass but has been adapted to the church’s individual needs. The Mass is considered to be a way to respect an historic tradition. Mass is encouraged not only for fellowship and “group consciousness, but also as a medium for introspection and evaluation of individuals’ spiritual journey.” The Gentle Shepherd therefore encourages congregation members to take from Mass, including the Eucharist, whatever they may need for spiritual enrichment. There is an open communion table at The Gentle Shepherd where anyone can receive communion. From the church’s perspective, “Communion is not a reward for good behavior, or following the rules or regulations, Communion is a gift that Christ has given to us.” All scripture is respected, including alternative writings that are often considered “Gnostic” in nature. The church supports several outreach programs, including a discussion group for individuals “who for one reason or another have been disenfranchised by their own denomination or feel conflicted in compromising their modern intellect with their core religious beliefs….” The group, normally held during the Lenten season, consists of informal discussion on Independent Catholicism.