Located in the heart of the historic Church Hill section of Richmond, Fourth Baptist Church is described by its community as “the beacon of light of worship and service.” Established as the first African American Baptist church in this community, it served as a symbol of black religious strength in the Confederacy’s former capital during the decades following emancipation. Initially serving as a congregation for the assembly of slaves in 1857, the group expanded and met regularly on Chimborazo Hill. These congregational meetings were held until the outbreak of the Civil War, when the white congregation of Leigh Baptist Church granted permission for the slaves to continue prayer and services in their church basement. 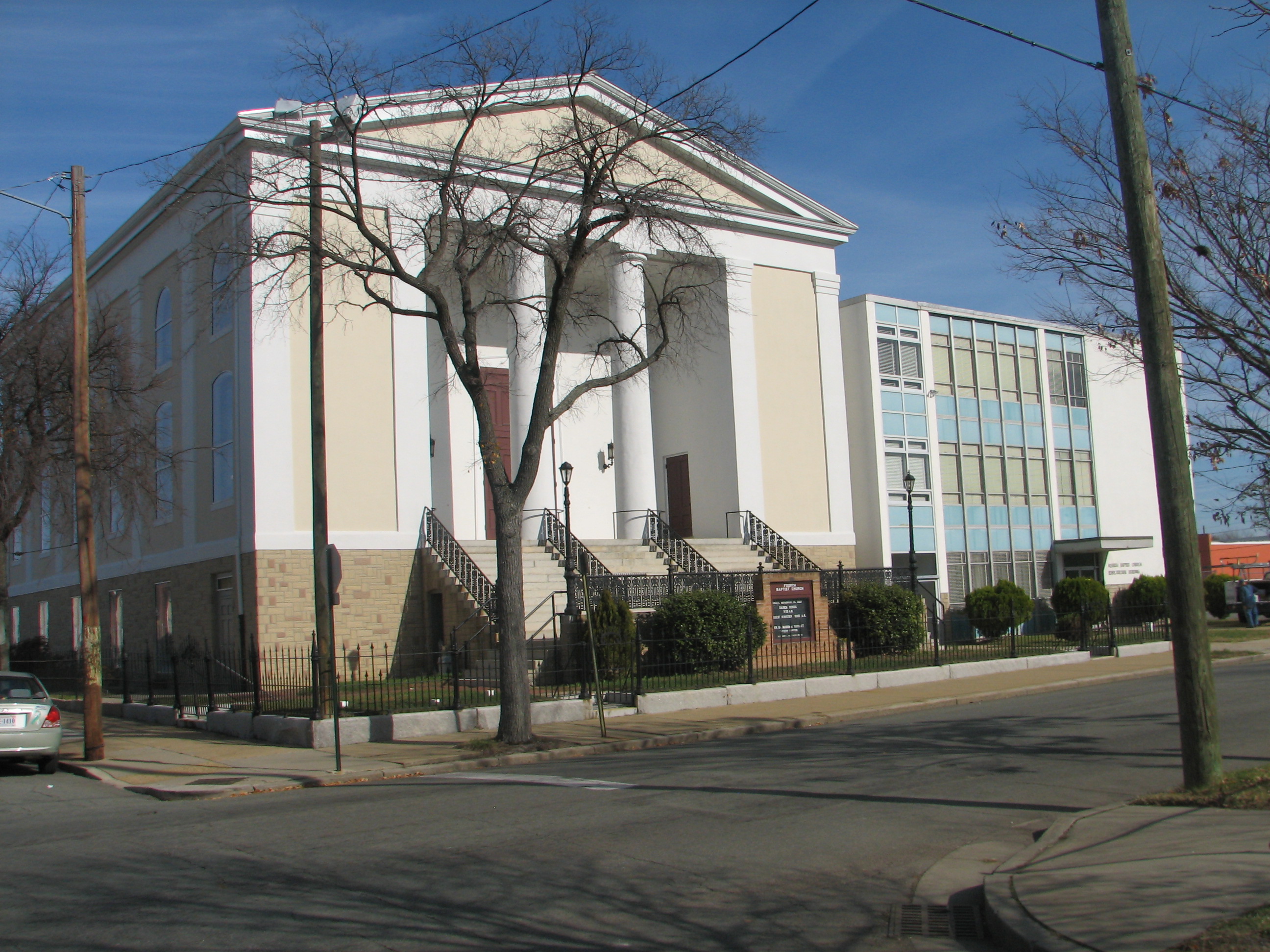 These great strides led to an important change for this community. The Reverend Scoot Gwathmey, one of the distinguished prayer leaders, gained permission for the group to meet in a Union barracks on Chimborazo Hill in 1865. It was at that location on December 2, 1865, that the Fourth Baptist Church was formally organized, with Reverend Gwathmey presiding over the church as its first pastor. To the dismay of the congregation, these barracks were subsequently demolished, and the congregation was left to rebuild the facility once again from the debris. Later that same year the church was rebuilt on the northern side of Church Hill near the present day church location. After a fire destroyed the church building in 1885, the current church building was constructed by Richmond’s T. Wiley Davis. The church was added in Virginia’s Landmark Registry and is included amongst several historic locations on the Richmond Historic Society’s Tour. 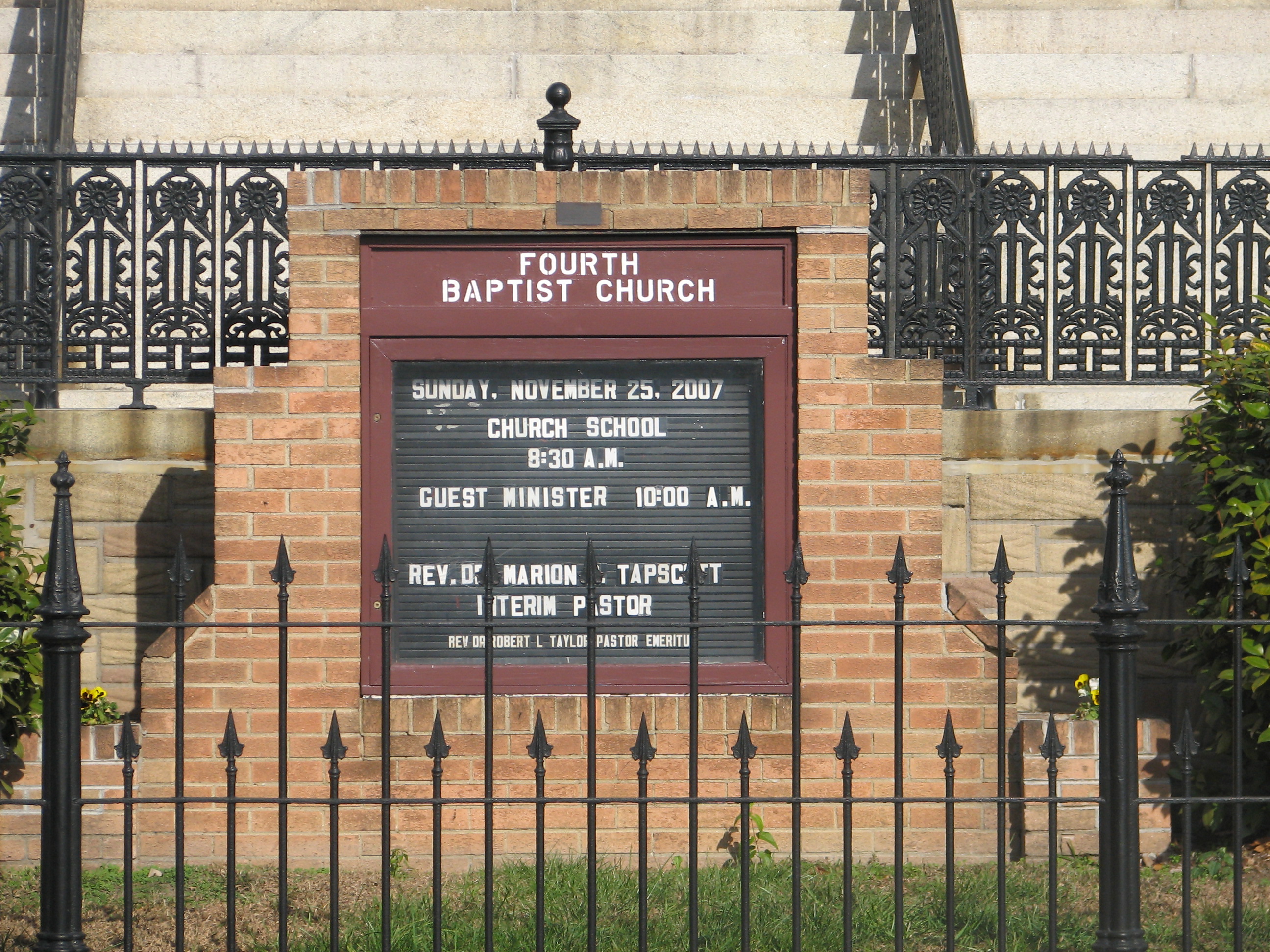 The original sanctuary is known as the Gwathmey-Payne Chapel or Lower Sanctuary. This name derived from two prior pastors, the Reverend Scott Gwathmey who served from 1865-1879 and the Reverend Payne who served from 1880-1926. This part of the church served as the main worship hall until the completion of the upper sanctuary. The Educational Building was erected in 1961 and currently houses the pastor’s study, administrative offices, meeting rooms for Bible study, Sunday school and Board meetings, and the Robert L. Taylor Fellowship, which was named in memory of a former pastor who served from 1952-1986. Throughout the church’s history there have been only seven pastors.

Fourth Baptist Church is dedicated to providing for the needs of residents and businesses within the community. The East District Community Building is their “city hall” and is occupied by organizations that provide social services, accept payments for utility bills, accept payments for tax bills, and issue municipal decals and licenses. That building also houses a senior center and both extension services and youth services agencies. There are also several ministries that serve the needs of the church community through Pulpit Supply, Ministry of Deacons, Ministry of Trustees, Senior and Adult Ministries, the Music Ministry, Usher Ministry, and Youth Ministry. A variety of committees actively work to bring what the church describes as God’s message of love and consultation to the world: Audio Ministry, Birthday/Wedding Anniversary Committee, Business and Professional Women, CARITAS, Gladys Storrs Missionary Circle, Home and Hospital Visitation Circle, Lott Carey Foreign Missionary Circle, Maria L. Christian Missionary Circle, Newsletter Committee, Urban Ministries, Social Work Committee, Scholarship Committee, and Transportation Ministries. On an individual level members are also encouraged to be spiritual shepherds.