First United Presbyterian Church is a predominantly African American congregation that originated in Richmond’s Jackson Ward district in 1892. The church later relocated from Jackson Ward to its present location on North Avenue. First United Presbyterian was a member of the Black Southern Presbytery until 1987 when the church joined the Presbyterian Church (U.S.A.). The church has recently undergone a renovation and expansion, including a new Outreach Center to increase its capacity for community outreach. 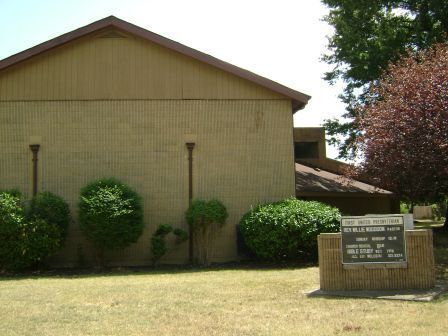 First United Presbyterian Church states its mission as follows: “Our Mission is to glorify God by being good stewards through witnessing, preaching, and teaching the unconditional love of God.” In addition to the Sunday morning service, there is a Sunday school. A Bible study group meets one evening during the week. Within the church there is a Youth Ministry that organizes activities such as Bible Study, Youth Choir, Sunday School, and Vacation Bible School. Youth groups are also encouraged to engage in community projects as well. The Presbyterian Women’s group participates in activities throughout the year, such as Bible study, guest speakers, and dinners. The women’s group also organizes a celebration of Women’s Day. The Presbyterian Men’s Council plans a variety of events for the Church, including an annual day at Camp Hanover that begins with worship services in the morning followed by lunch and softball games and swimming in the afternoon. 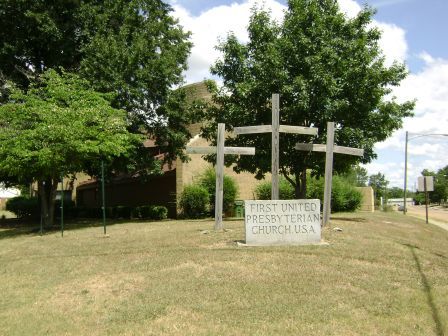 The church’s outreach activities include a Food Pantry Ministry that was organized in June, 2007 by volunteers from the congregation to provide food for families in need. The congregation also participates in Congregations Around Richmond Involved to Assure Shelter (CARITAS), a program through which local church congregations take turns providing food and shelter for the homeless for one week out of the year.