Much of the history of First Union Baptist Church was lost when historical records were destroyed in a fire in the home of a church member. What is known is that the church dates back over one hundred and thirty years. Ten years after the end of the Civil War, a group of emancipated slaves settled in and around the neighborhood known at that time as the New Light Neighborhood. The former slaves migrated from Powhatan and Amelia Counties and the Manchester District of Chesterfield County, which currently is within the City of Richmond , south of the James River . During this time several residents travelled considerable distances to attend church. Some of these individuals desired a church located closer to their homes. Therefore, in 1875 a small group of members separated themselves from the Gravel Hill Baptist Church , whose mother church was First Baptist Church of South Richmond; these individuals founded the First Union Baptist Church . 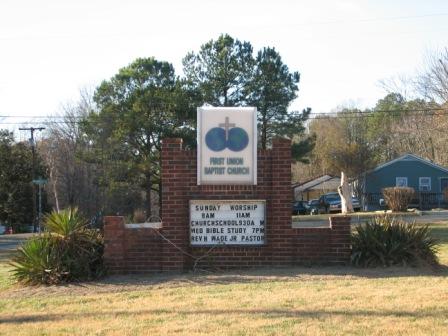 The congregation of First Union Baptist Church began to grow. Worship and prayer services were being held in the Good Samaritan Hall, located on the estate of Mr. John Bland on what was formerly named Clark’s Lane in the City of Richmond . During this time of growth church leaders sought a new facility at the intersection of Midlothian Turnpike and Warwick Road . After numerous meetings in the Samaritan Hall, sufficient funds were raised to purchase the desired location and build the church’s first house of worship, which was a log cabin. The log cabin served as the house of worship for a number of years. During this period of the church’s history, the first pastor, Reverend Phillip Winston (who was often referred to as “The Old Ship of Zion”), was one of the organizers of the Tuckahoe Baptist Association, and First Union Baptist was one of its charter members.

Under the leadership of the church’s fourteenth pastor, Reverend Glenn, the church was expanded and a second service on Sundays was added. Subsequently a larger facility was needed. The church then contracted for its current day location on Derwent Road so that it would remain near the First Union neighborhood that it served. Under the church’s current leadership a number of new programs have been established, such as a Noon Day Prayer on Wednesdays, two Sunday school classes for adult and youth, First Union Tots and Teens Learning Center , and a Summer Enrichment Program for the church’s youth and other community youth. Among the church’s ministries is Spreading Love and Victory Everywhere (SLAVE). Two members of the church initiated the ministry and serve as co-presidents. The ministry involves three types of programs. The first is outreach to the community, which involves activities like feeding the homeless and visiting the juvenile detention center; the second is hosting open discussion on topics that may be considered taboo in the church, such as homosexuality, and marriage and divorce; and the third is fellowship, which allows members to come together and praise the Lord in and outside the church. 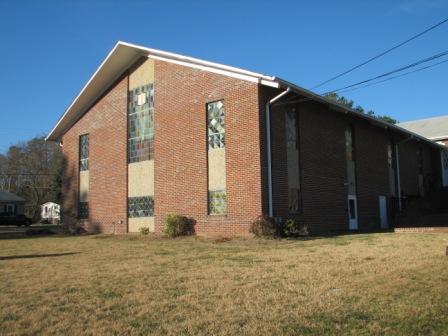 First Union Baptist is involved in relationships with a number of other organizations. The church participates in Richmonders Involved to Strengthen our Communities (RISC), which is a social justice organization; the Richmond Baptist Association, whose vision is to transform the city of Richmond through Christian training; and the Baptist General Association of Virginia , which has been strengthening churches and extending ministries for Christ since 1823. First Union also participates in the Faith-Based Economic Development Consortium, which is an interdenominational religious organization organized to stimulate and actualize economic empowerment in the African-American community.

First Union Baptist Church describes its mission as being a church led by God and committed to developing and strengthening disciples through worshiping, teaching, witnessing, and serving humanity. The church has approximately five hundred members, and the congregation is predominantly African American. There is an early morning worship service on Sundays followed by Sunday school and a later morning worship service. In the middle of the week the First Union holds a Noon Day Bible Study and Prayer meeting, an Intercessory Prayer meeting, and Bible study in the evening. Youth Sunday is the third Sunday of each month On Saturday mornings the church holds a Bible Mission, a type of Bible study, that is open for members and non-members. Members of the congregation participate in Holy Communion on the second Sunday of each month. The church services are televised and broadcast on the radio.