In 1875 William Carl Schaeffer became pastor, and served for the next thirteen years. Under his leadership, the congregation secured a church building at 7 th and Grace Streets. In 1876 they changed their name to First English Lutheran Church, reflecting their commitment to the Lutheran tradition of teaching in the native language of the congregation. In the early 1890s the congregation was strengthened by adding the members of Trinity Church on Church Hill in a merger. 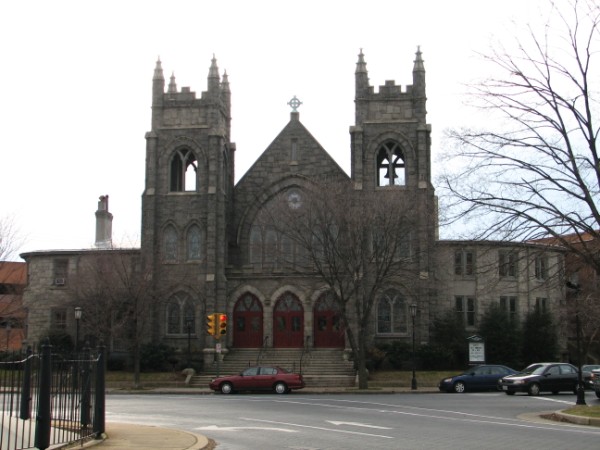 In 1911 the congregation decided to support a move to Stuart Circle on Monument Avenue, which was at that time the far western edge of the city. The church financed their move by purchasing 20-year $1,000 life insurance endowment policies made payable to the church for thirty young men in the congregation. Although many of them saw combat in the first World War, all of them returned unharmed. On July 5, 1919, First English Church made history when it accepted the arrival of Sister Ruth Wagner, the first Lutheran Deaconess to serve in Virginia.In 1941, First English acquired property adjacent to their church. The building was used for Sunday School until 1954; it now serves as the Scherer Educational Building where adult education classes are held.

As an ELCA member, First English is characterized as theologically liberal. It stresses the importance of interpreting Scripture in the context of the time and place of authorship. Women are permitted to be ordained, and homosexuals are welcome both as congregants and in leadership roles. The congregation is predominantly white and middle-class, but some diversity exists and is welcomed. With nearly 500 baptized members and more than 350 confirmed members, the average attendance at weekly services is about 150 members.

First English is involved in a number of outreach and ministry efforts. Members participate in CARITAS’ Winter Cots program, to ensure shelter for the homeless, as well as the Stuart Circle Parish Meal Ministry, through which member congregations take turns serving a Sunday meal to the homeless in the area. A unique ministry is Project Linus, which donates hand-made blankets (made by church members) to needy children. First English also supports Circle Center Adult Day Services, formerly housed in their Scherer Educational Building, which provides day care to adults with special needs. Scherer is now the home of the READ center, a non-profit organization that provides one-on-one tutoring to encourage adult literacy in the greater Richmond area.