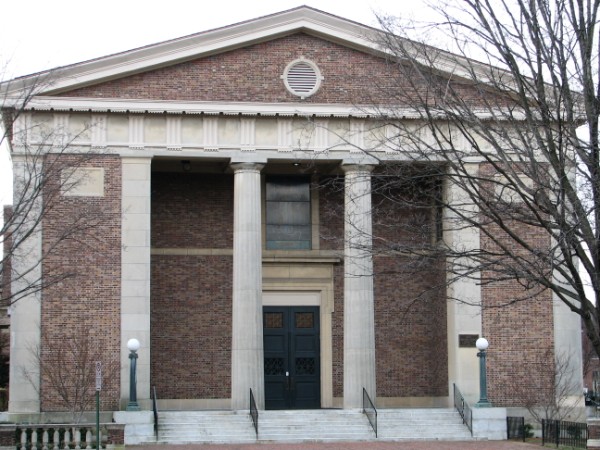 The First Baptist Church had a humble beginning but has been historically important in the development of the Richmond religious community. According to church records, Joshua Morris led a prayer meeting in June, 1780, two years before Richmond was incorporated as a city. This first prayer meeting was held at the home of John Franklin at Carrington and Pink Streets in Union Hill. It was at this meeting that the Richmond Baptist Church originated. It was the very first church of any denomination to be founded in Richmond. In the early history of the church, there were 14 charter members. Records indicate that in 1786 Joshua Morris sold the Richmond property and moved west. Shortly thereafter John Courtney, often called “Father Courtney,” became the church pastor. The members of the First Baptist Church built their first house of worship in 1798. Through its history the First Baptist Church has produced a number of firsts. In 1813, the women of the church created the Female Missionary Society, the fist such missionary group in Virginia and in the South. The church was the first to organize a Sunday school program for its children, the first church in America to send members on mission trips abroad, and the first church in the Southern Baptist Convention to have a church library. 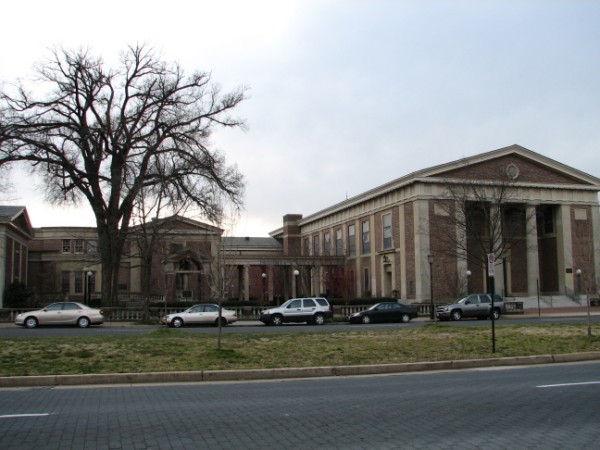 First Baptist declares that its purpose is to “make disciples of Jesus Christ through joyful worship (which is bringing glory to God), caring fellowship, spiritual nurture, faithful service and compassionate outreach.” Members affirm that Jesus Christ is their Lord and Savior and that his teaching shows them how they can live full lives. The Bible is understood to clearly reveal his plan for their lives and how to treat others. Consistent with the Baptist tradition, individuals must be baptized to become church members. First Baptist reports a membership from all cultural, ethnic, economic and religious backgrounds and that at least ten different languages spoken by members. 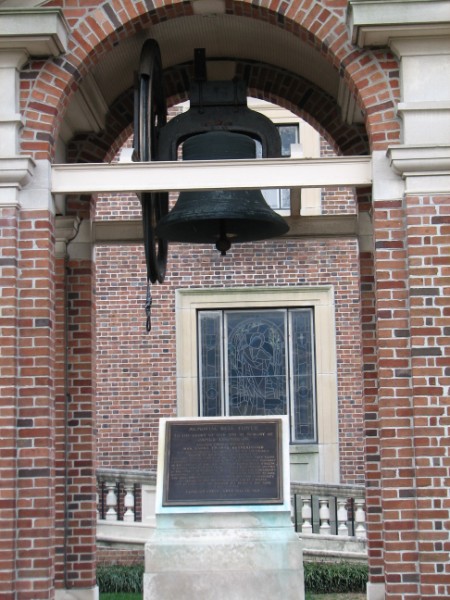 The church supports a broad array of ministries and missions. These include the ministries for youth, community (to assist individuals with food, shelter, financial assistance, clothing, spiritual, health care, an prayer needs), partnerships with churches around the world, Bible study, hand bells, woodwind ensemble, creative teams, single adults, senior adults, music , the deaf (offering separate worship services for the hearing impaired with interpreters to assist those who cannot hear the spoken message), college students (for students on the campus of Virginia Commonwealth University), homeless, and the elderly. Church services are televised weekly on the loal ABC affiliate (Channel 8).