Fifth Baptist Church began in February, 1865 with a small group of slaves who shared risked punishment to worship together in a shed near a trashy dump located on Navy Hill. When slavery was abolished, they continued their efforts to establish a church, and in 1872, Warwick stable, located at the corner of Morris Street and Main Street, was selected as the new site for the church. The Reverend Charles Bowles was chosen to pastor the church, and the services were held upstairs on the second floor. The early church trustees had a vision that the church could achieve a solid, spiritual, and financial foundation that would permit orderly worship and growth. As the congregation grew in size, the church began to implement its vision. On February 27, 1894, a parcel of land was purchased at 1400 West Cary Street, and a church building with Gothic architecture was constructed. Later growth in the congregation produced a need for a new church building. A fundraising drive was launched in 1968, and over $350000 was raised. The funds were used to purchase land at 1415 West Cary Street from the Richmond Development Commission in October, 1978. The current church building was completed in January, 1984 and was dedicated on March 4, 1984. 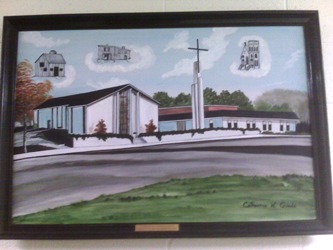 Fifth Baptist Church holds morning worship services on Sundays along with a morning Sunday School. On one weekday evening there is a Bible study group for all ages that is followed by an evening worship service. Fifth Baptist is constantly growing, with its total membership currently at around three thousand members and it active membership at around two thousand. The congregation is predominantly African American, with a small Caucasian membership.

Fifth Baptist supports many different ministries. There is a praise, dance, and mime ministry that expresses worships through the art of dance on Sundays and at various church events. The prison ministry visits correctional facilities to support residents in sustaining their spiritual faith. The drama ministry puts on plays throughout the year. The veterans’ ministry, which is composed of military veterans, offers assistance to veterans as well as community residents. Other ministries include the children’s ministry, the youth ministry, the young adult ministry, the singles ministry, the couples ministry, the senior citizens ministry, and the video ministry. They church also sponsors young men’s and young women’s basketball team along with boys and girl scouts.

Fifth Baptist Church is known for its community work. The church gives over $100,000 annually for people in need and is the largest contributor to the mission program in the Baptist General Convention. The church participates in the Elizabeth Project, which helps pregnant teenagers by offering parenting classes and by providing them with the necessary funds to purchase necessities for infants. The church donates hundreds of dollars each month worth to provide food to needy families. Before and after school care programs are available for children from preschool through the fifth grade, and there is an accompanying daycare program for children from two to five. The church received a grant from the police department to help at risk young men within the community to better themselves. The church’s missionary society has sent books, Bibles, and clothing to foreign countries in need as well as helped buy tractors for farmers in Liberia. Finally, the church supports a variety of mission organizations, including Shiloh Association, American Baptist Churches USA, the Progressive National Baptist Convention, and the Lotte Cary Foreign Mission Convention.