The ministry began in December, 2003; the first Sunday service was held on June 6, 2004. The church originated with the joint efforts of the Duncan and the Street families under the guidance of Bishop Bryan E. Crute, who had left Richmond to establish the Destiny Metropolitan Worship Center in Atlanta . As the small group began to grow, Pastor Calvin Duncan began to talk with Bishop Daniel E. Robertson of Mt. Gilead Full Gospel Baptist Church about leasing their old church building. On September 12, 2004 the predominantly African American congregation moved into its new building with 50 members and 100 seats. 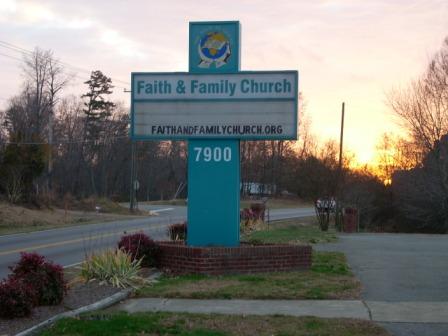 The founding pastor of Faith and Family Church , Calvin Duncan, describes his objective in life as helping others build closer relationships with God. Duncan ‘s own early life was difficult as his mother died after he was born and he never knew his father. He credits his early struggles as leading him to his role as pastor of Faith and Family Church . He later received a basketball scholarship and attended Virginia Commonwealth University where he earned a degree in criminal justice and accepted Christ in his life. He was ordained in 1985. Although drafted by the National Basketball Association, Duncan chose to join the Christian team, Athletes in Action. Duncan returned home to Richmond in May, 1997 and served as an assistant youth pastor in Richmond . He initiated an after-school program and youth center that provided services to children in five area schools. 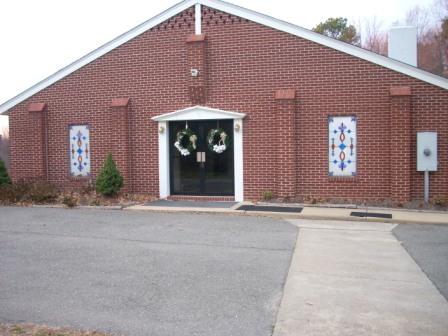 The Faith and Family Church describes it mission as to live by faith and to build Godly Families. By the time of the church’s first anniversary in 2005, membership increased to 150. A year later membership had increased to 350. The church holds two services on Sunday mornings, a Morning Prayer on the first and third Saturday mornings of each month, a Bible Study night on a weekday evening, and a Believers Communion and Bible Study/Praise and Testimony Service one evening each week. The church offers classes on marriage, preparation for marriage and motivational gifts. There is also a Fine Arts ministry, which ministers and worships through the arts, including Hip Hop and Mime (the Soul Survivors); The Hearts Marriage Ministry, which has as its objective restoring, enhancing or maintaining marriages; and the A Team Mission, which is responsible for calendar updates, weekly bulletins, and the monthly calendar.