Fairmont Memorial Baptist Church is one of the larger churches among Richmond’s Baptist churches, but the church began much more modestly.On a Sunday afternoon in 1883, a member of the Richmond community had a dream of starting her own church. Mrs. J.E. Woodson, originally a member of Leigh Street Baptist Church, gathered a group of young men and women in the area to meet for Bible study in a vacant blacksmith shop close to her home. At the shop the congregation formed tight ties among themselves and with the community. The little congregation grew, attracting more members and visitors from the area as the word spread of the little church blacksmith shop. From these humble beginnings, the church decided to name itself the Howard’s Grove Baptist Church and organized on June 9, 1889 with thirteen charter members. At the time this was a substantial congregation considering the population of the immediate area. The church continued to grow, and as it did the congregation decided to begin meeting in a small building at the corner of Littlepage and Spotsylvania Streets that was erected with the help of the men of Leigh Street Baptist Church. 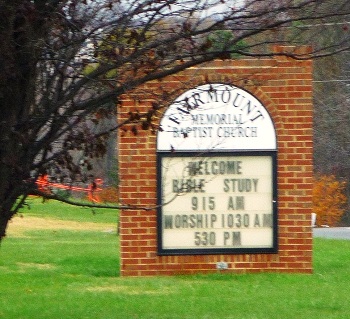 In 1902 a church building project was begun on the corner of 21st Street and Fairmount Avenue at a cost of $12,000. The church was then renamed Fairmount Avenue Baptist Church. Later a three story educational building was added to house the Sunday school. In 1945, the sanctuary was destroyed by fire and was replaced with a brick structure. The church membership increased to some 1,100 members by the early 1960s. Faced with the need for a Sunday school and general expansion, the church purchased eight acres of land on Ravenswood Road in 1955 and began a mission Sunday school in the Springdale community. In February, 1957, the church voted to relocate and build at their present Ravenswood Road location. The chapel and educational building were dedicated on May 11, 1958, and the name was changed to Fairmount Memorial Baptist Church. The current sanctuary was eventually completed in late 1972. 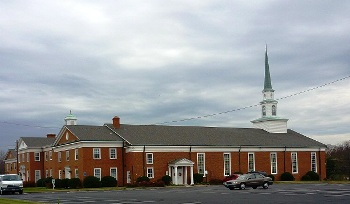 Fairmont Memorial Baptist Church offers Sunday school followed by a worship service that combines a traditional and contemporary style of worship on Sunday mornings. Sunday evening there is a traditional Bible study, and there is a mid-week evening prayer service and Bible study. Mission los Pescadores (mission of the fishermen), a group of Hispanic Christians, offers Hispanic Services on Sunday afternoon and a weekday evening. The Spanish services provide the Hispanic community with the opportunity to be part of the church and worship in their native language. Church m embership is just over 1,000, with the majority being middle-aged Caucasian adults with children.

The church offers many specialized study groups and classes. Woman’s Missionary Union is a set of seven separate groups of women whose main purpose has been to educate and involve women, girls, and preschoolers in the cause of Christian missions. Throughout its history, Woman’s Missionary Union has been a self-governing and self-supporting auxiliary to the Southern Baptist Convention. There are men’s and women’s payer groups that meet each week. Recently a “challengers” group, young men in junior and senior high school, meets weekly and was organized for the study of missions and mission projects. Women on Wednesday (WOW) is a comparable group young women in junior and senior high school. The emphasis is the study of missions and mission projects. The Mission Friends was formed for 4 or 5 year olds and meets during the Sunday worship hour to learn about missions as well as to participate in fun activities. “Fellowship with a Purpose” (FWAP) is a program for women of all ages that meets for fun, fellowship and inspiration. The church offers a preschool service, Hilltop Preschool, for all of their members and visitors. The service operates on weekday mornings, except during the summer. The church also participates in the Care-A-Van program, which provides free primary health care to those without health insurance, on a monthly basis.