(History of Assemblies of God)

East End Assembly of God began as an offshoot church of Richmond’s West End Assembly of God in 1983. The congregation met in community centers and hotels until 1986 when the East End Assembly moved to its current Britton Road location near Dorey Park. In 1989, the first church building was finally erected on an eighteen-acre site. Renovations and additions took place by incorporating a preschool in 1994 and constructing a new sanctuary in 2002. In 2006, the parsonage, a house built by the church for its pastor, was expanded and updated. The educational wing of the main building finally received its second floor in that same year. The church continues to grow with hopes and plans of fulfilling a master plan of enlarging the sanctuary as well as adding on new classes and offices. 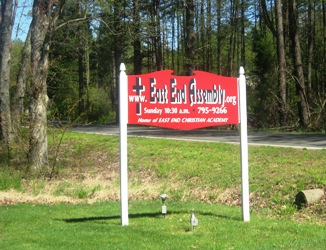 The church’s mission statement clearly manifests its purpose. East End Assembly believes that it exists to exalt God, edify believers, and evangelize the world. The church conducts spirit-led congregational meetings that teach biblical principles that members intend to govern their day-to-day lives as individuals and as a community. The church aspires to be a channel for God to help direct lost and hurting people to Christ, and provide an atmosphere where the Holy Spirit can perform His special work in the lives of Christians.

According to the current pastor it is the congregation’s hope that when you come to East End you will quickly find a warm, friendly group of people committed to making church a fun, exciting, and life changing experience. There are gatherings for the whole family that include contemporary and traditional music, a time of biblical teaching, and an opportunity to make a decision to follow Jesus Christ. The main church has gatherings on Sundays and during the week. On Sunday there is an early morning prayer that is followed by a Sunday school and a mid-morning worship gathering. During the week there is a morning and evening prayer meeting. The church offers men’s and women’s 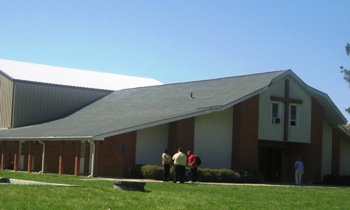 Bible studies and a youth and children’s church. The Sunday gatherings incorporate contemporary and traditional music along with Biblical readings and teachings lasting roughly two hours. At the end of each meeting time is set-aside for each visitor to take the opportunity to accept and follow Jesus Christ. The weekday meetings gather for just over an hour. There is no dress code for any of the gatherings, and attire for these gatherings varies considerably. Some of the church’s ministries include: bus ministries, children’s ministries, outreach ministries, music ministries, and men’s ministries.

In 2005 East End Christian Academy, a private church-run school that provides a Christian education, was established, and began offering an educational program for students from Kindergarten through twelfth grade. East End Christian Academy uses the Alpha-Omega curriculum that is widely adopted for Christian education in schools throughout the world. The school strives for excellence in the program by making it individualized and providing each student with personal attention.