Church of the Vietnamese Martyrs

Church of the Vietnamese Martyrs is a Catholic church founded and has been led by Monsignor Joseph Pham since 1983. Msgr. Pham arrived as a refuge from Vietnam in 1975 and served for three years as parochial vicar at St. Bede’s in Williamsburg before being assigned to Richmond to start 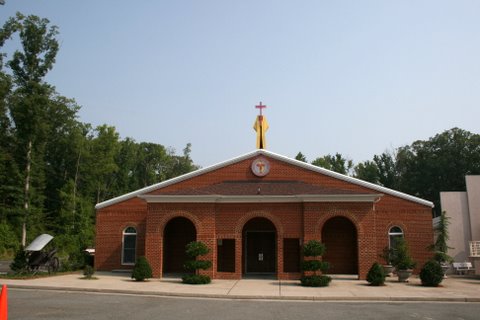 the church in downtown Richmond on West Clopton Street . He earned a bachelor’s degree in business management and administration from Virginia Commonwealth University and manages a German firm that operates a semi-conductor plant in Henrico County. The church moved to its current location in 1999 to provide a safer environment and more security for their church members. When Msgr. Pham came to Richmond, he had very little money or resources, and so to raise money for the church he and others in the Vietnamese community made egg rolls and other simple foods for sale to different Richmond businesses and hospitals. The church continues that tradition. In addition to Msgr. Pham, four nuns, who are members of the Daughters of Mary Immaculate, live in a convent behind the church . There are about 250-300 families that belong to the church. A range of class and age groups are represented in the congregation, but all members are Vietnamese. The services are conducted entirely in Vietnamese, but the Mass is translated into English on video screens located on both sides of the alter. 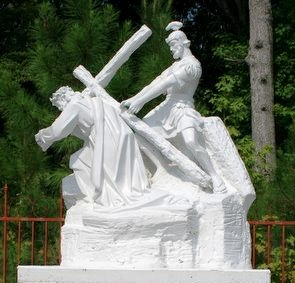 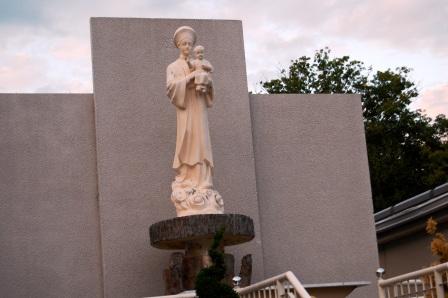 Mass is celebrated twice every Sunday morning and involves an introduction song and general greeting followed by two readings, the weekly homily, prayers, gift offerings, bread and wine, and the communion. The first Friday and Saturday of every month there is a special mass that takes place in the morning, which is followed by the adult Eucharistic Adoration. The Church of the Vietnamese Martyrs celebrates three major holidays: Thanksgiving, Christmas, and Easter. Thanksgiving is considered a major holiday at the church, not only because of tradition, but because it is the church’s anniversary. A smaller, yet important celebration is also held on the Vietnamese New Year. 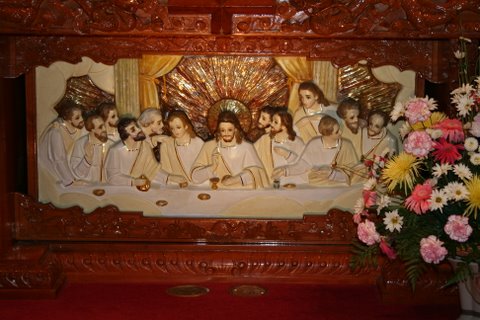 The youth group at the Church of the Vietnamese Martyrs plays a large role within the church, and the head of the youth group oversees the 120-150 children between the ages of six and eighteen years old. The youth group meets every Sunday morning before and after Mass and is bilingual (English and Vietnamese). Before Mass, the youth group goes over the readings that will be part of the Mass for the day. After Mass the children meet for a variety of lessons, ranging from teaching the Bible to first aid. During the first Sunday of every month the youth group has their Eucharistic Adoration.