The Christadelphians grew out of the Disciples of Christ. John Thomas immigrated to the United States from England in 1832. According to Christadelphian history, when Thomas’ ship encountered a series of dangerous ocean storms, Thomas promised to devote his life to God if he made it safely to America. Upon arriving in New York City, Thomas joined the Disciples, but he left in 1844 over disagreements on biblical doctrines. Thomas re-baptized himself in 1847. He formed a series of groups after 1844 that were dedicated to restoring primitive Christianity and that culminated in the Christadelphians (Bretheren of Christ) around 1848. 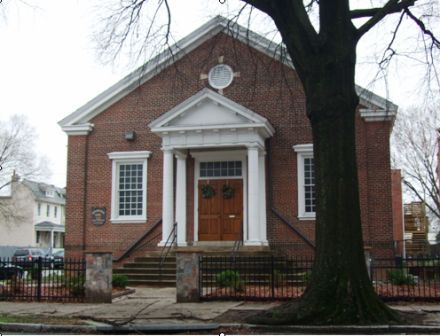 The Christadelphians understand their church to be the only true expression of Christianity. They combine Adventist and Unitarian theologies and accept the Bible as inerrant truth. The Christadelphians are non-Trinitarian, believing that Jesus was born to Mary through the power of God (the Holy Spirit) and therefore is the Son of God and not God the Son. They believe in the imminent return of Jesus, who will decide the fate of all those living and dead and will grant immortality to those who have lived righteous lives. Rather than believing that the soul will reside in heaven, Christadelphians believe that humans are mortal and therefore Christ will reign over the Kingdom of God here on earth, most likely centered in Israel. Baptism is required for all new members.

Local congregations are referred to by Christadelphians as ecclesias and are presided over by “serving bretheren” rather than ordained ministers. There is no central authority or hierarchy in Christadelphianism. Serving bretheren are the more mature or senior members, who preside over the church in a rotating fashion. Christadelphians decline public office, military service, and participation in electoral voting.

The Christadelphians do not celebrate religious holidays nor do they practice Christmas because it is not mentioned in the Bible. However they are active in the community through Sunday-School programs and summer camps and are encouraged to do so. They are taught to be tolerant of other religious groups, along with intermingling, but are forbid from participating other religious group’s activities.

John Thomas lived in Richmond during the early days of the church and left an enduring impression on those he spoke to and on the community. He first lived in Richmond in 1846, the year before he founded the church. After two years in England, he returned to Richmond in 1850 and served as a writer for the magazine, Herald of the Kingdom and Age to Come, before moving to New York City. The Christadelphian community in Richmond has sustained 200-250 members since the 1850s with roughly 70-100 attending the chapel on Ellwood Avenue. The ecclesia’s first service was held in May, 1925. Most Christadelphian congregations do not build their own churches; the Richmond ecclesia is an exception, and the debt on the building was retired within its first seven years. The church holds a Sunday school early on Sunday morning followed by a late morning memorial service to remember the death and resurrection of Jesus. During the service, hymns are sung, prayers are given and received, along with a recounting of the message by a senior brother of the community. Following these observances, the community partakes in the bread and wine.

The community is close-knit, and the church this year has organized food and blood drives along with feeding the homeless through the aid of The Freedom House (a local homeless shelter). Along with these contributions, the ecclesia has recently begun a partnership with Big Brothers/Big Sisters of America. The chapel is also a supporting member of the Virginia Christadelphians Youth Camp in Chase City, along with the Williamsburg Christadelphians Foundation, and holds youth camps during the summer months.