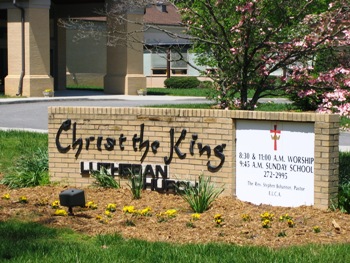 Christ The King Lutheran Church holds two worship services on Sunday mornings, an early morning Traditional Worship Service and a Contemporary Liturgy Service during the mid-morning. The church has nearly six hundred members, almost all of whom are Caucasian of German descent. There are also some African-American members from the West Indies islands, primarily Cuba, Jamaica and French Guyana, as well as a small number of Hispanic families. The congregation is primarily middle age, and members typically come from middle to upper-middle class economic backgrounds. The church draws its membership from Richmond City, Chesterfield County, Henrico County, Powhatan County and Goochland County. Of the church’s approximately six hundred members, only about ten percent are Virginia or Richmond natives. All of the other members are from Pennsylvania or the Greater Nrthwest, whom have migrated to the Greater Richmond Area for employment or other economic reasons. 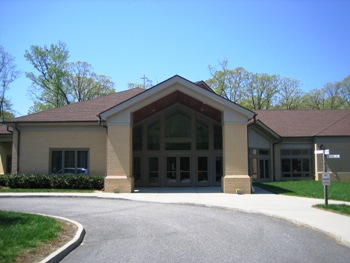 This church currently participates in several community outreach services and programs. Once annually, it hosts forty homeless or indigent people from the Richmond area for one week through the CARITAS Program. The church participates annually in Habitat for Humanity, loaning out twenty-seven of its members for five days to help the organization with its construction projects. In partnership with the Missouri Synod, Christ The King Lutheran Church is part of the National Cooperative Social Ministry Response. The church sent members to New Orleans for eight days to assist in relief from Hurricane Katrina. Finally, Christ The King is involved in overseas programs as well. Under the direction of the Virginia Synod, the church donates money and members to Papua, New Guinea and Mlali, Tanzania to fund and build boats, fish farms and Youth Education Centers for the local populations. The church also sends pastors to teach in other nations; most recently one pastor and his wife taught in Hong Kong in 2006.

Profile prepared by Anthony Grillo
May, 2009