The Children of God Victory Tabernacle established their non-denominational church under the leadership of Pastor M. Louis Lacey in 1993. Pastor Lacey was born in Brooklyn, New York and moved to Richmond in 1979 where he served as a Minister of Music at the Jerusalem Holy Church. He worked in this capacity for ten years before founding the Children of God Victory Tabernacle. The church held services in a Holiday Inn Banquet Room and a former restaurant and strip club known as the “Chicken Shack” before moving the Lombardy Street Building. The building was renovated in 2002 and now has two hundred seats in the church sanctuary, as well as eight classrooms, two offices, a kitchen, and a dining area. The Children of God Victory Tabernacle holds an adult service and Bible school for children every Sunday morning as well as Bible study each Wednesday evening. 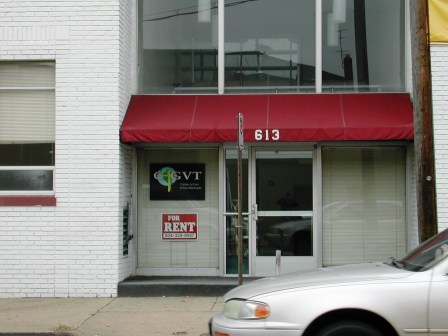 One of the major commitments of the Children of God Victory Tabernacle is a daycare center, Joint Heirs Academy, which offers after-school tutoring and programs for countering substance abuse. A major event in the church is the annual retreat to Sanbridge, Virginia, near Virginia Beach. This retreat is intended to help to revive and develop stronger relationships within the church community.