C28 stands for Colossians 2:8 in the Bible, “ Beware lest any man spoil you through philosophy and vain deceit, after the tradition of men, after the rudiments of the world, and not after Christ.” This is the origin of the store’s motto “ Not Of This World (NOTW), and “ It is all about Jesus.” Aurelio F. Barreto III is the founder and CEO of C28. His testimony is that he was a very successful businessman and chasing the worldly items and he had everything in the world, but still was not happy. He reports that he prayed every night but did not have a personal relationship with Jesus. In the spring of 1998, he states that he turned his life completely around, realized that he was a sinner, and acknowledged that he needed Jesus. He then repented and asked Jesus to come into his life as his Lord and Savior. 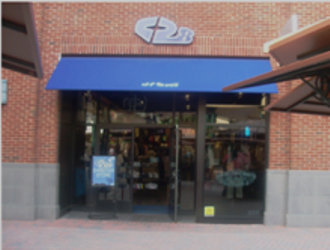 Since God had become the center of his life, Barreto states that he began to ask God to use him for his glory and kingdom. Barreto reports that he began to feel the love of Jesus in his life and the emptiness that he once had experienced is now gone because he was baptized and found new faith. After visiting a store called “Christian Headshop” in the winter of 1999, he says that he realized what God wanted him to do with his gift and talents. He was to make a Christian retail store; unlike others, this one was going to be for the youth. He started praying about a name for the store and after a lot of prayer decided on C28 (Colossians 2:8, “not about this world but all about Christ”) because it shows the world God. In the spring of 2001, the first C28 opened in a mall in California. Aurelio wanted to get a store in the mall because he knew he could reach large numbers of people with the gospel that way. There now are eight stores and 3 franchises NOTW, Canvas Threads Christian Clothing, and C28.com) across the United States. C28 also sponsors an outreach ministry that sponsors Christian concerts, public speaking, and prayer to spread the gospel of Jesus. The C28 website contains reports of transformed lives that have resulted from this ministry.

The C28 store at the Short Pump Town Center was established in May 2008 after research by one of the investor’s sons, who was saved. He thought that this West Coast store would also do well on the East Coast. Further, Short Pump Town Center’s management consulted with their sister mall’s management in California where another C28 is located and welcomed C28 after receiving favorable reviews. What makes this store distinctive is that the staff does not see the customer as just buying a shirt but rather sees them as receiving the message that is on the shirt. The C28 store is filled with Christian shirts, pants, shoes that are decorated with the NOTW logo or “Jesus Freaks.” Accessories include all kinds of media, hats and stickers (“Praise Jesus and rejoice always” and “Jesus Saves”) that can be displayed in car windows to share the gospel. Employees are happy to pray for and with customers. Before customers leave, employees will ask, “Before you leave is there anything we can pray with you for today?” Patrons are invited to recite a sinner’s prayer (acknowledging being a sinner and in need of Jesus as Lord and Savior) there in the store and be saved.