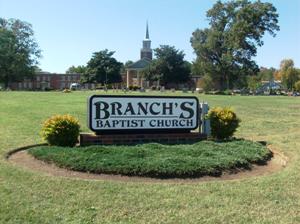 the surrounding churches, the sanctuary was completed in 1914. Several years later a new sanctuary was built, with different sections added later. The church is affiliated with the Middle District Baptist Association and Cooperative Baptist Fellowship of Virginia. Middle District Baptist Association describes itself as an organization that helps churches strengthen and reach out to their surrounding communities. Cooperative Baptist Fellowship of Virginia is an organization that spiritually connects Baptists in Virginia.

At Branch’s Baptist Church , there is a Bible study for all ages followed by the traditional worship service during late Sunday morning. In the middle of the week, the church holds a group Bible study and prayer service, which is called Broad Rock Café and offers free coffee . The membership has grown to approximately 300-450 people.
Members are predominantly Caucasian with a few African Americans attending. 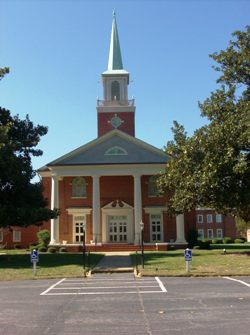 Branch’s Baptist Church offers ministries for the children, youth, and senior adults. Part of the church is used as an election site when the elections polls are open. The church works with CrossOver Ministry and Samaritan’s Purse The CrossOver Ministry is an a gency that administers health care to the uninsured. Samaritan’s Purse is a Christian group that offers spiritual and material assistance to hurting and wounded people. Finally, Branch’s Baptist hosts Monte Calvario (Calvary Baptist Mission), which serves the Hispanic population in the area around the church. There is a worship service late Sunday morning, primarily in Spanish for 30-40 Hispanics who attend weekly.