Established in 1977, the Beth Ahabah Museum and Archives has been preserving 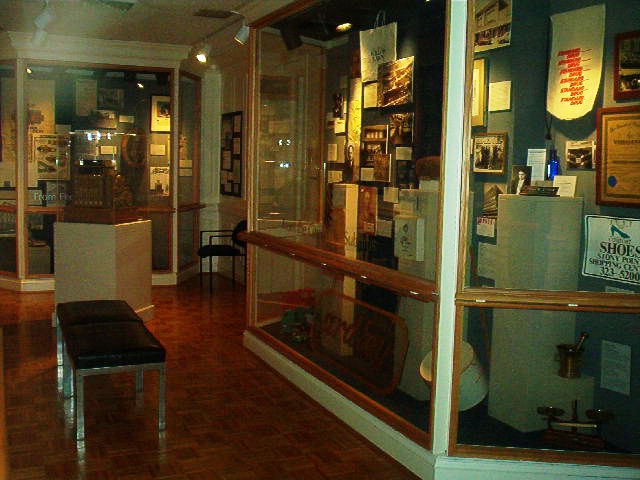 the history and culture of the Jewish community in Richmond for thirty years. Located in the historic Fan District, the museum resides in an early twentieth century house adjacent to the Beth Ahabah Synagogue’s sanctuary. The museum staff reports that they have over 1500 visitors annually and receive inquiries about the collection from around the world.

The museum is closely linked to the Beth Ahabah synagogue, and many of its artifacts come from the synagogue’s congregation. However, many interesting artifacts that chronicle the past of the Jewish community worldwide may also be found in the museum. One example is the cornerstone of a German synagogue that was burned during Kristallnacht. Other items highlight the rich history of Richmond’s Jewish community. A letter by George Washington addressed to several early Hebrew congregations in the United States, including 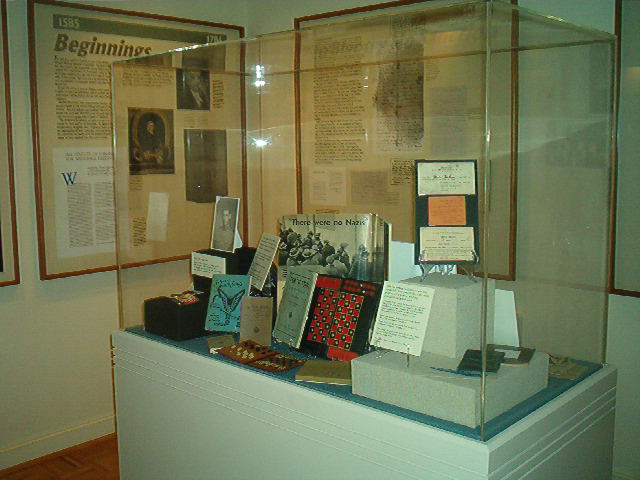 Richmond, is only one of the many historical documents that trace the Jewish community in Richmond and Virginia back four hundred years.

Along with specific artifacts, the museum regularly rotates exhibits that highlight certain sets of artifacts, and explore particular aspects of the Hebrew community. Some of the notable exhibits the museum has hosted are: “Commonwealth and Community: The Jewish Experience in Virginia;” “Minding the Store: Richmond’s Jewish Merchants;” and “Answering the Call: Prayer, Patriotism, Serviceand Sacrifice.”

A substantial set of archives is also part of the museum. These archives contain such items as handwritten genealogical charts, records of the Hebrew Cemetery, sermons from Beth Ahabah’s rabbis, and many photographs, ranging from personal family pictures to photos chronicling the Civil War and World War II. According to the museum, these archives are open to all those researching Richmond and Southern Jewish history or genealogy.

The museum is open to the public for several hours daily, Sunday through Thursday. Guided tours are available. While the museum charges no admission fee, there is a suggested donation for groups touring the museum.