The Bochasanwasi Shri Akshar Purushottam Swaminarayan (BAPS) Sanstha is based on the teachings of Lord Swaminarayan (1781-1830) and was founded in Gujarat, India by the Shastriji 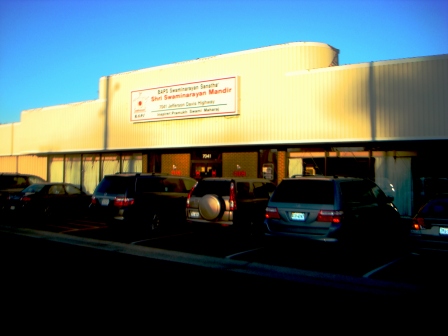 Maharaj (Swami Yagnapurushdas) in 1907. The present leader of BAPS is Pujya Pramukh Swami Maharaj, who is the fifth spiritual successor of Bhagwan Swaminarayan. The Sanstha is a major Hindu group that claims nearly four hundred temples and over nine thousand centers world wide. Associated with BAPS are more than seven hundred sadhus (ascetics who have renunciated the world), fifty thousand volunteers, and one million followers who attend its temples and follow its precepts. BAPS describes the Sanstha as socio-spiritual and is a non-profit, charitable organization involved in medical, educational, relief, cultural, and spiritual projects around the world. 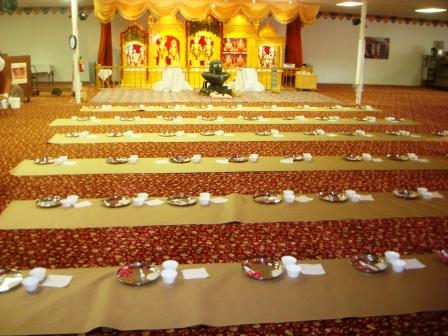 The BAPS Shri Swaminarayan Mandir (temple) in Richmond was founded on August 26, 2006. The group’s creed is to promote harmony between individuals, families and communities while being dedicated to the spirituality of the individual. The mandir is

funded by donations and sales from the small shop that is located in the temple. The temple administrator coordinates events, manages finances, and oversees all of the religious and cultural activities. The temple sponsors numerous events, both cultural and religious. The mandir is very active in youth development, as it is one of its major initiatives and holds numerous events for youth, such as music classes, language classes, dances, musical performances, career fairs, SAT classes, 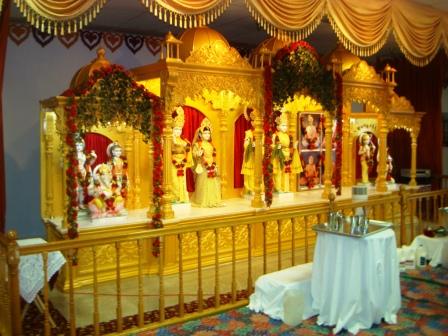 The mandir holds daily Aarti’s and Darshan’s, as well as weekly Sabha’s. The Aarti ceremony is one in which light from candles is offered to gods and goddesses while hymns are being sung. It usually takes place multiple times a day and at almost every Hindu ceremony. During the Aarti, a person

will rotate a plate with a candle and flowers in a circular manner around a deity before passing it to another person. During the Darshan ceremony, members bow down in front of a Guru, Icon or God as a sign of respect. The principle behind this practice is that people will dust the feet of a God 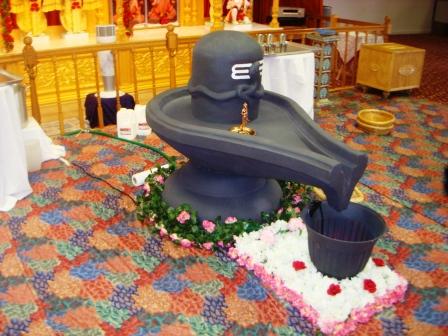 before they touch their own head, which is seen as the highest deference. People perform this ritual act in hopes that they will be touched by the “sight of God” and have a vision of divinity. The Sabha is a daily gathering of family members in the home that provides a occasion for mutual communication and understanding. During the fifteen to thirty minutes of Sabha, members read and/or discuss spiritual literature or pray. This activity promotes the exchange of personal as well as religious ideas in close, family settings.

The Richmond BAPS has several hundred members and about twenty volunteers.