T he Bahá’í Faith in Richmond 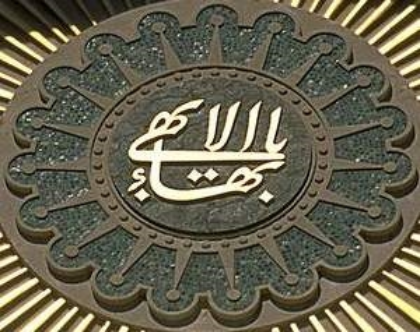 Suzie Stewart, an African-American woman, became the first person in Central Virginia known to have been Bahá’í in 1912. Although there was no organized Bahá’í community at the time, through the 1930s and 1940s there were followers spread throughout Richmond, Farmville, Amelia, Cartersville and Petersburg. In the 1950s, a woman who had become a Bahá’í during the 1930s moved her family from Flint, Michigan to Richmond and established a continuing Bahá’í presence in the area. The first official Spiritual Assembly in the Richmond area did not form until 1970; it was followed by a second in Henrico and then a third in Chesterfield County in the 1980s.

Whenever the number of Bahá’í within a civic boundary (city, township, county, etc.) reaches nine or more, they are required to hold an election and form a Spiritual Assembly, which is then responsible for administrative matters and the spiritual life of the community. L eadership in the Bahá’í community does not reside in a single individual but rather in a nine-person Spiritual Assembly. The nine members of the first Spiritual Assembly, in Richmond City, were Larry and Jeanne Cessna, Martha Dick, Gazelle Towfig, Florence Osborne, Mary Kurfees, Richard Bond, Nancy Damren and Margaret Danner.

In the Richmond Metropolitan Area, there are approximately two hundred Bahá’í members, with the majority of those members in Richmond City and the County of Henrico, followed by Chesterfield County and Hanover County. The Richmond Bahá’í membership ranges from infants to the elderly, and the congregation has attracted immigrants from Persia, Liberia, Cambodia, Mexico, India, and Native American members from the U.S. Although traditionally there has been friction in the Middle East between Muslims of African descent and those of Caucasian descent, these frictions are not present in Richmond.

There currently is no regular location where the Richmond Area Bahá’í hold their gatherings, other than the personal homes of various members. It is common practice to invite all local members to one’s home for meetings. In fact, although there is no traditional Bahá’í Center, the Spiritual Assembly of the Bahá’í of Richmond is incorporated since in 2005 it became possible for churches to incorporate in Virginia. In addition to home meetings, especially on occasions such as Holy Day observances when greater Richmond area Bahá’í meet jointly, members will conduct their meetings in rented facilities like the Weinstein Jewish Community Center or the Quaker Friends Meeting House. Currently, there are no plans to purchase or rent a Bahá’í Center in which to conduct their prayers and other religious or community meetings. The legal address for the Richmond Bahá’í Assembly is currently the home of one couple that has hosted many gatherings over the years.

A typical meeting among the Richmond area Bahá’ís, called a devotional gathering, may consist of a wide variety of conversations and activities, but they generally begin with one or more prayers from the Bahá’í sacred writings, sometimes followed by readings from the sacred texts of various other faiths. Depending on the host or hostess of that particular gathering, there is sometimes music interspersed with the readings. In addition, those gathered may watch an inspirational video or powerpoint presentation, or participate in a dance or dramatic enactment. The gathering is brought to a close with more prayers from the Bahá’í sacred writings. Holy Day observances are essentially the same, except that any powerpoint presentation or video shown will be conducted in a more formal way.

This profile is based on an interview was conducted a local Bahá’í couple who often hosts community meetings and who currently serve as the Treasurer and the Vice- Chair of the community. The husband was raised Southern Baptist and found the Bahá’í faith in 1954 while in college at the University of North Carolina. He stated that he was always uncomfortable with the idea of the Holy Trinity of Christian faiths. He did not understand the idea that God could, or even would, be three Persons and one Person simultaneously. It was not until he became a Bahá’í and became familiar with Bahá’u’lláh’s teachings on the subject that it made sense to him. His wife was raised Jewish and met him in 1956 after being introduced to the Bahá’í Faith through a mutual friend, although she did not actually enroll in the Bahá’í Faith until 1959. She s tated that she was immediately a believer in the Bahá’í faith, stating that it was as if someone had taken her ideas about faith and society directly from her head and written them down.

In explaining these teachings, the couple said that if we think of God as being like the sun, then the Holy Spirit is like the rays of the sun. Jesus, Moses, Buddha, Bahá’u’lláh and all the other Manifestations of God are like perfectly polished mirrors, perfectly reflecting the nature of God to humankind. According to both of them, their introductions to the Bahá’í teachings were the first time either of them felt truly comfortable with their faiths.