Allen Stewart is a Life Coach practicing in Richmond. In the mid to late 1990s, he was on his way to becoming an Episcopalian priest. After Graduating from Guilford College in 1998 with a B.A. in Religions Studies, Stewart found himself questioning his beliefs and commitments and seeking new ways of thinking and working with his life that would allow him to help others more directly. While working as a school teacher, and continuing to practice the martial arts he learned in college, Stewart also became involved with Zen Buddhism. During this period he engaged in the study of Asian religions and lived for three years at the Great Mountain Zen Center where he began to form the basis for ideas that would later be expressed in his work as a life coach. His work was further refined and influenced by completing a master’s degree in contemplative education at Naropa University, a Buddhist university in Colorado. 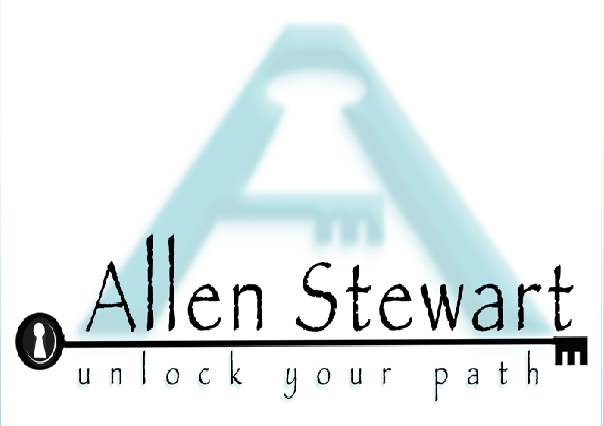 Stewart also went through a life changing experience as the result of a chronic illness, ulcerative colitis, that led him to become involved with guided imagery and music. Through his own process of self-discovery and healing, the lessons learned from his Zen teacher began to take shape. Based on all of these experiences, he realized that he possessed a unique skill set that would allow him to help others. He then opened his life coaching practice.

Stewart describes his goal as allowing his clients to perform better, realize their goals, and achieve greater overall happiness. Stewart’s practice is based on the basic assumption that what causes most of our suffering in life is the inability to accept what is. He believes that the mind is unable to achieve satisfaction, thus relegating individuals to a life of “torture,” since one is constantly striving rather than being at peace. As a Life Coach, Stewart helps clients to alleviate these pressures by creating space for clients to accept themselves and their lives as they are. This includes working with feelings and helping clients to feel their feelings. Stemming from Buddhist principles, he believes that people already possess the internal means necessary to heal their lives.

In his practice, Stewart employs a mixture of techniques that include guided imagery, music, and meditation. There are twenty to twenty-five programs of a thirty minute duration that are tailored to specific issues that are used in the Guided Imagery and Music, which originally stemmed form a three-hour long classical music programs used in the 1960s. During a Guided Imagery and Music Session, Stewart asks open-ended questions so that the insights that come to the clients come from their own inner wisdom. He also offers guided relaxation and meditation.