1947 (July 4):  The second apparition occurred in which the vision confirmed that she is Mary. This established a series of apparitions on the fourth of the month over nine years.

1952 (Lub Xya hli ntuj 6):  The first indications of the decision of the diocesan commission of enquiry became known. Angela’s character was praised and she was declared mentally sound, but the Church took the position that there was no evidence to judge her apparitions as supernatural.

1955 (November 4):  The last apparition in the regular series occurred, but the Virgin promised that she would return once more.

1956 (June 4):  The final apparition took place in which the Virgin foretold a great spiritual revival after a period of instability among the nations. She said that God is merciful and would spare the people punishment.

1957 (August 15):  The Diocese of Tortona agreed that a church could be built at Bocco as a Marian shrine.

1958 (June 22):  The first stone of the new church was blessed by senior priest Monsignor Ferreri, with many pilgrims present.

1959 (November 4):  The bell of the new church was blessed by Canon Caldi, delegate of Bishop Melchiori of Tortona.

1962 (June 4):  Monsignor Rossi, also a delegate of the bishop of Tortona, celebrated the Mass at which the new church was blessed and inaugurated.

Believers in Casanova Staffora agree that the national context was relevant to the beginning of the shrine; the decade 1944-1954 saw more Marian apparitions in Italy than in any other modern period. Angela first reported seeing the Virgin Mary on June 4, 1947, having passed her seventh birthday two days before. The first message from the Virgin Mary was: “I have come to teach the way to happiness on this Earth … Be good, pray and I will be the salvation of your nation” (Angela Volpini’s website 2016). The first part of this message is written on a board at the site of the apparition, the cappellina (ib qho chaw me me uas muaj ib tug pej thuam thiab cim los ntawm lub laj kab). Rau Angela, thawj tus cim no tau tsim txhua yam uas nws tau muaj txij li thaum ntseeg txog Vajtswv, Mary, thiab tib neeg:

It was the aim of the human life, it was all human possibilities, it was what gave meaning to every human living. It was the joy of the Creator. With great approximation I can say that I have contemplated the universal world, through the eyes of the Madonna I have seen all mankind … I saw all the story of human beings (Angela Volpini’s website 2016).

known as Bocco, a few hundred metres outside the main village. At about four o’clock in the afternoon she recalls sitting on the grass putting flowers into bunches. She felt someone lift her up and, thinking it was her aunt, turned round to see an unknown woman with a beautiful face. Angela was a sole visionary, as the other children did not share this experience (one of the characteristics of a successful and long-term apparition movement is clarity over whom the Madonna is speaking through; a multiplicity of voices may harm the reputation of the case). Angela immediately identified her vision as the Virgin Mary, and this was confirmed in the second apparition one month later on the July 4, 1947, when the vision declared herself to be Mary. This was further clarified on the August 4, when she referred to herself as “Mary, Help of Christians, Refuge of Sinners.” These are traditional titles of Mary.

Pilgrims tsis ntev los no hauv lawv txhiab tus neeg Casanova Staffora. Los ntawm lub caij nplooj zeeg ntawm 1947, nws yog lub teb chaws xov xwm; ntawv xov xwm xws li La Stampa thiab hnub no covered the story. The crowds participated in the dramatic events: the title of Ferdinando Sudati’s book (2004) promoting the apparitions, Dove posarano thiab kuv tus phooj ywg (“Where her feet rested”), refers to the fact that pilgrims claimed to have seen the invisible Mary’s feet imprinted on the flowers which had been placed to honour her. Angela’ gestures and charismatic smile assured them that Mary was present; she presented flowers to the Virgin and children to kiss and bless, and she carried the invisible Christ child in her arms. The shrine overlooks the beauty of the Apennine river valley below, providing a memorable backdrop to the scene. In the late 1940s, the hillside was literally covered with people. Like many Catholic visionaries, Angela as a child seer attracted a great deal of attention. Many priests visited too, and the diocesan authorities at Tortona began an investigation. Angela describes how intensively she underwent interviews by priests, journalists, and doctors: she recalls being taken from her home for about forty days and kept in a room without windows. This pressure was applied to see if Angela would admit that she had falsified the visions, but she did not.

Angela’s apparitions were experienced in a series, like other apparitions, in this case on each fourth of the month up until June 1956, with some breaks over the years. A series helps to create a pattern of pilgrimage. The messages were not unfamiliar in the Marian apparition tradition: the Virgin requested prayer, penance, a chapel and, eventually, a larger sanctuary. The Casanova Staffora apparitions also echoed the famous apparitions of Fátima in 1917, increasingly well-known across Europe in the late 1940s, with the anticipation of a great miracle, warnings of divine punishment, and sensational reports of movements of the sun, for the first time on the October 4, 1947 and then later on the November 4, 1950, three days after the definition of the doctrine of the Assumption of Mary by Pope Pius XII.

Angela’s apparitions concluded on the June 4, 1956, and she says that she has not had any further experiences of this kind. The message of this final vision was important in determining future directions. According to Angela, Mary said:

Therefore the sixteen year-old Angela, immediately after the final apparition, announced that the miracle would be a spiritual renewal which had already begun. This, and the removal of the threats of divine chastisement, distinguished Casanova Staffora from other apparitions in the second half of the twentieth century that emphasised apocalyptic miracles and punishments. Angela’s mission was to be more grounded and more optimistic about the direction of human society. Angela remembers that:

Maivliag tau hais rau kuv tias qhov txuj ci tseem ceeb yuav loj hlob ntawm kev paub zoo thiab kev paub. Hauv 1958, kuv nrhiav tau lub koom haum Nova Cana los pab rau txoj haujlwm no. Nova Cana attempts to focus people’s attention on the coming of the Kingdom of God, just as the wedding at Cana was the manifestation of the divinity in Jesus. It is a centre for dialogue. I realised the need for a space in which people could reflect on their desire for fulfilment and come to know that it could be realised (Interviews, October 28-31, 2015, also quoted further below).

Despite priestly support for Angela, two diocesan bishops of Tortona, Egisto Melchiori and Francesco Rossi, announced that they could not authenticate the apparitions, in 1952 and 1965 respectively. They expressed their appreciation of Angela’s character and the orthodoxy of her message, and could not rule out the possibility of a supernatural origin. However, they felt that the apparitions were more likely to have been triggered by the experience of her first communion and her coming into contact with the story of Fátima. Nonetheless, the diocese did grant permission for the building of a shrine church at Bocco, the first stone was laid in 1958, and the building was formally blessed by an episcopal delegate in 1962. The relationship with the Church has not always been smooth, but the diocese continues to provide support by appointing a priest to celebrate Mass at Bocco once a month. Furthermore, Angela has enjoyed strong friendships with many priests and monks, most notably the priest and politician Don Gianni Baget Bozzo (1925-2009) and the monk Frate Ave Maria (1900-1964) of the hermitage of Sant’ Alberto di Butrio.

Angela’s messages from Mary are optimistic about human potential in a way that anticipates later Catholic movements, such as Tsim Vaj Ntsuj Plig thiab Tib neeg, Siab Alive. They also have non-Catholic parallels in the Human Potential Movement in the United States arising in the 1960s. For Angela, however, this vision was already fully present in the initial apparition on the June 4, 1947, when Mary said that “I have come to teach the way to happiness on this Earth.” Angela says that:

God’s project was incarnation and God chose Mary. This was because she was the one human being who was acknowledging and realising her potential. She committed herself to her own desire to love and was not bound by the culture around her. She discovered that the secret of God was that this could be done. 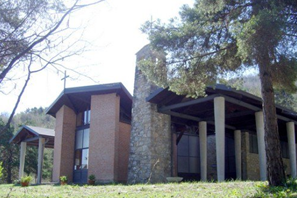 Nova Cana has always existed at a distance from the official Catholic Church, despite the support of many priests and the visits of bishops to the shrine at Bocco. Early on, while Angela was a child, the Church was not persuaded to authenticate the apparitions, a decision which still stands. Later on, the adult Angela’s interpretation of her visions differed in some aspects to Catholic teachings as established by the Vatican. However, this does not make Nova Cana a sect, as the community has never made a complete break from the Church. All of Angela’s teachings reflect the Catholic culture into which she was born.

One major contrast between Angela’s vision and the Church’s official teaching consists in the fact that she believes we are all immaculate. This does not conform to the doctrine of the Church, in which Mary is the sole instance of immaculate conception. Angela contrasts her own vision to Church doctrine by saying that the Church emphasises God’s initiative and Jesus’ redemption, whereas she puts much more weight on human fulfilment and belief as definitive in the liberation of humanity. For her, Jesus was more a revealer of our potential than a redeemer; she is against passive views of human involvement in salvation. She says:

Angela sees these ideas as central to the vision of the Second Vatican Council. Like others who followed radical interpretations of the Council, such as Catholic liberation and feminist theologians and some progressive moral theologians, Angela regards herself as a Catholic but not one that would accept the view of the Magisterium without question. She says that: “Unity is very important but not at the expense of the conscience. Unity is not conformity, but unity in diversity.”

Divergence between the hierarchy of the Church and visionaries who are often female as alternative sources of authoritative teaching is more common than perceived to be the case (see Maunder 2016). The assumption that visionaries merely restate Church teaching and thereby exist only to reinforce the status of the Vatican is not justified. This viewpoint can be derived perhaps from Bernadette Soubirous, famous in the Church as the model visionary who said that Mary referred to herself as “the Immaculate Conception” just four years after Pius IX declared this as dogma. She is the most well-known seer, perhaps, but not the normal case. 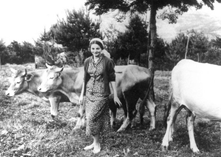