1942:  Clarence and Florence Jordan and Martin and Mabel England bought Koinonia Farm. The Englands soon returned to Burma, leaving the Jordans to work the farm.

1956:  Clarence Jordan was asked to recommend two black students to attend the University of Georgia, which resulted in a backlash against Koinonia Farm.

1969:  Clarence Jordan died of a heart attack in his writing shack at Koinonia Farm.

1976:  Millard Fuller founded Habitat for Humanity based on the plans he and Clarence Jordan developed in the late 1960s.

2005:  Koinonia Partners moved back to an intentional community model and returned to using the name Koinonia Farm.

Koinonia Farm was founded in 1942 by two Baptist couples, Clarence and Florence Jordan and Martin and Mabel England. The 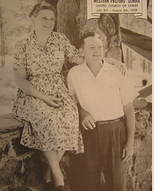 purpose of Koinonia Farm was to live out Christianity as they found it in the New Testament. Clarence Jordan called Koinonia Farm “a demonstration plot for the kingdom of God.” (Coble 1999) Soon after the founding of Koinonia Farm, the Englands returned to missionary work abroad. Although many people came and went, and a few families lived at Koinonia Farm for many years, the Jordans were the one consistent family from 1942 until 1969, when Clarence Jordan died (K’Meyer 1997).

Clarence Jordan was a Southern Baptist minister who became a pacifist during his time in college at the University of Georgia. He studied agriculture with the hope of providing help to the poor farmers in rural Georgia. Jordan went on to seminary at Southern Baptist Theological Seminary in Louisville, KY, for a Master of Divinity degree and a doctorate. He studied Koine Greek for his Ph.D., and he was interested in living out his Christian faith as he saw it presented in the Gospels and the Book of Acts in the New Testament. Having grown up in rural Georgia, he also worked to fight the heavy hand of racism that he
saw in the South (Lee 1971).

The Jordans purchased Koinonia Farm, located near Americus, Georgia, in order to live out their faith in a rural setting. Clarence Jordan called the farm a demonstration plot for the kingdom of God. Jordan had studied 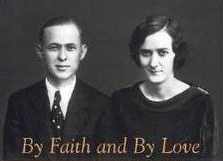 agriculture as an undergraduate, and he spent some of his time training local farmers to use better farming techniques. The local white community was antagonistic toward members of Koinonia Farm because black and white farm workers were treated equally. This included offering all workers the same wages and providing all workers a free noonday meal. (Coble 2002)

In the late 1950s, as racial tensions increased across the southern United States, white residents of Americus became violent toward Koinonia Farm members and workers. Their farm stand was blown up, there were regular shots fired into their buildings, and their children were beaten and persecuted in school. In response to boycotting by local merchants, Koinonia Farm began growing pecans and peanuts and selling them by mail order (Lee 1971).

During this time, a group of less than thirty similarly-minded people lived at Koinonia Farm. In addition, Koinonia Farm hired outside workers to process the nuts and work on the farm and in the mail order business. Because the farm was becoming more well-known as a place of radical Christianity, racial reconciliation and pacifism, many people visited Koinonia Farm including Dorothy Day, co-founder of the Catholic Worker Movement (Coble 1999).

In 1965, Millard and Faith Fuller visited Koinonia Farm, and eventually moved there a time in the late 1960s. During this time,

many people who were part of the hippie movement visited Koinonia Farm, but few people were committed to living there. Jordan and Millard Fuller developed a plan to help the poor in their community own simple, safe homes. In 1969, while working on a sermon in his little writing shack, Jordan had a heart attack and died. After Jordan’s death, Millard Fuller built on their ideas and started Habitat for Humanity, which still has its headquarters in Americus, GA, near Koinonia Farm (Fuller and Scott 1980).

There were a number of directors of Koinonia Farm in the twentieth century, most notably David Castle. The most recent director, Bren Dubay, brought her Catholic spirituality into the Baptist South, and it has been a very good fit for Koinonia Farm.

The founders of Koinonia Farm were Baptists, and they were all members of local churches and part of the local community. The Jordans participated in the Rehobeth Baptist Church, and Jordan preached there some Sunday evenings. The core religious beliefs of the Jordans were typical of Southern Baptists. They believed in a Trinitarian God, the centrality of Jesus Christ’s death for salvation, and the importance of the Bible in determining doctrine and behavior. They practiced believer’s baptism.

However, Jordan held, practiced, and taught three beliefs that were controversial among Southern Baptists. First, Jordan was a 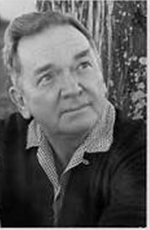 pacifist. He stated that he could not reconcile Jesus’ call to love our enemies with violence and war. This included personal violence as well as military violence, and that was very unusual for a Baptist during World War II. Secondly, Jordan believed in racial equality, which was also unusual during this time among Southern Baptists. Eventually the Jordans were disfellowshipped by the Rehobeth Baptist Church in the 1950s because the Jordans were working on racial reconciliation. Thirdly, Jordan read the Book of Acts and came to believe that Christians should live in communities that shared their goods and money in common. His practice of communal living was sometimes linked by his neighbors to communism, and this created more stress with the surrounding farming communities (Coble 2002).

The Bible was central to Jordan as a grounding for his beliefs. In particular, he was interested in the Gospels and the Book of Acts in the New Testament. The word “koinonia” is the Greek word found in the New Testament that means community, fellowship and connection (Lee 1971).

Jordan was asked to speak at many churches and campus student groups, and out of those talks came his Cotton Patch versions

of the New Testament (Jordan 1969, 1970). Considered to be a very loose paraphrase, these Cotton Patch versions placed Jesus in the twentieth century in rural Georgia. Jesus was born to Mary and Joe Davidson, he was baptized by John the Baptizer who wore blue jeans and leather jacket, and he was crucified in Atlanta. Jordan applied the teachings of Jesus to the racial conflict in the South. For example, the Good Samaritan was not a Samaritan, but a Black man. (Jordan 1969, 1970) After Jordan’s death, his Cotton Patch versions were used as the basis for a musical titled Cotton Patch Gospel , with music by Harry Chapin. The actor Tom Key played the central role. The musical was somewhat controversial because Jesus was lynched instead of crucified. ( Cotton Patch Gospel 1988).

In the twenty-first century, most of the members of Koinonia Farm self-identify as Christians, and they come from a wide variety of Christian denominations. Their beliefs are more varied than the founders, but they still center on pacifism, racial reconciliation, and living in community. They are interested in social justice issues and environmental sustainability.

The Baptist founders of Koinonia Farm practiced the kind of Christianity that downplayed rituals. Baptism and the Lord’s Supper are considered to be ordinances, not sacraments, in Baptist doctrine.

However, Koinonia Farm members developed a few rituals that revolved around farm life. They began by offering the noon meal to people who lived there and workers who came in for the day. This noon meal grew into an important community time, and it became even more established when a simple cinderblock dining hall was built. This meal is still offered to workers and guests.

An annual ritual that developed around farming is the regular influx of volunteers during various harvest seasons. A large number of volunteers come annually to help Koinonia Farm send out all the catalog orders in the month before Christmas.

In the twenty-first century, director Bren Dubay has brought a Catholic sense of the rhythm of the day into the practices at Koinonia Farm. This includes ringing a bell to signal a time of prayer and having services in the chapel.

While Koinonia Farm was founded by the Jordans and the Englands, Clarence Jordan became the leader when the Englands 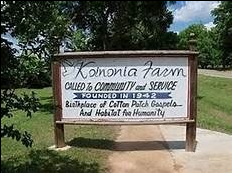 returned to Burma. Many utopian groups begin with a statement of commitment and fairly strict ideals, but Koinonia Farm had not begun that way. When Koinonia Farm developed more structure in the 1950s, the adults (both women and men) took turns being the official leaders, although Clarence Jordan remained the unofficial leader.

During this time, people who were interested in becoming members of Koinonia Farm signed a statement of commitment and combined their finances. They lived in separate homes but ate many meals together and worked together on the farm. The process involved a person first becoming a “novice” (Lee 1971) for about three months and then a “provisional member” (Lee 1971) for another three to nine months until the person became a full member. The commitment to full membership included having a common bank account and promising to care for one another, but it did not require a lifetime commitment, and many people came and went.

After Jordan’s death in 1969, various people took turns as the director of Koinonia Farm. For about ten years in the late twentieth century, Koinonia Farm became Koinonia Partners and had the organization of a non-profit. Although they had a common meal at midday, there was no common bank account and they appeared to be moving away from an intentional communal model. Through the leadership of David Castle and then Director Bren Dubay, Koinonia Farm returned to its interest in being an intentional community in the early twenty-first century. They now offer the option of short and medium term internships. They also offer the possibility of becoming a long term member of the community. People who are interested in becoming members go through a process that has some parallels with the novitiate process in religious orders.

There have been internal challenges at Koinonia Farm, but by far, the greatest challenges have been the violence, boycotting, and other tensions during the Civil Rights Era. The Koinonia Farm roadside farm stand was bombed, the locals would not buy Koinonia Farm eggs or other products, and people from the community would drive by shooting at the farm. Amazingly, no one was killed in this period of violence. Koinonia Farm members were brought to court on false charges, including the charge of being Communists, and their children were bullied in school because of their connection with Koinonia Farm (K’Meyer 1997).

In the 1950s, there were some internal tensions between Koinonia members which centered around Clarence and Florence Jordan. Clarence Jordan was often gone on speaking engagements, and Florence was viewed by other members as being too individualistic and not communally minded. Through meetings and discussions, the members resolved this problem (Coble 2002).

In the 1990s, there was a brief scandal of embezzlement that resulted in the hiring of a new director, David Castle.

Fuller, Millard, and Diane Scott. 1980. Love in the Mortar Joints: The Story of Habitat for Humanity. Chicago: Association Press.