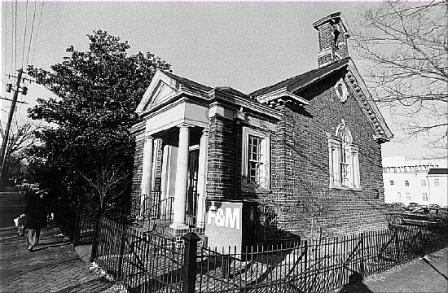 In 1906, the First Unitarian Church of Richmond built a small, colonial, revival-style church on land purchased at Harrison and Floyd Streets. Three bells dedicated to the memory of Thomas Jefferson were hung in the belfry of the church in 1926. The church at Harrison and Floyd had a number of ministers, including one of the longest-serving, John Makennon, who ministered during the 1930s and 1940s. During the 1950s and 1960s, the First Unitarian Church was one of Richmond ‘s most progressive congregations and an outspoken critic of segregation. The church voted to officially integrate in 1951, and, ten years later, Joseph Jenkins was elected as its first black president. By the early 1970s, the small church at Harrison and Floyd was too small for its increasing number of members and a new church building was built in Byrd Park . The First Unitarian Church moved to the new church in 1972 and sold the building they had worshiped in for nearly seventy years. 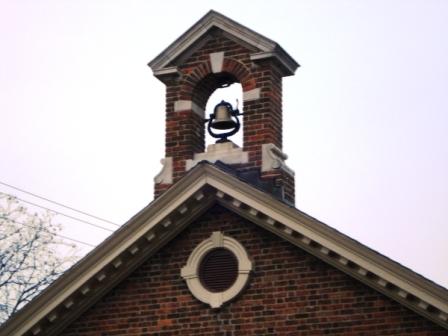 The next two decades would be filled rapid changes for the one-time church at 101 North Harrison . It’s second role would be as a branch of the First and Merchants Bank. This use lasted from 1973 until Virginia Commonwealth University bought the property in 1979. VCU was not entirely sure at first what to do with the newly-acquired building. It was first assigned as an Adult Learning Center in 1979 and then the Financial Aid Office in 1980. The building was subsequently left vacant between 1981 and 1982. It finally became the VCU Meeting Center in 1983. Its purpose then, as it is now, is to serve as a “Site for receptions, lectures, workshops, seminars and university and community meetings.” Today, the building retains the architectural qualities of a church, however, no religious artifacts remain to directly link the Meeting House to its past history as the First Unitarian Church . When the First Unitarian Church moved to Byrd Park , the congregation took the three bells dedicated in 1926 with them, so the ornamental bell that now hangs in the belfry was added after 1973. 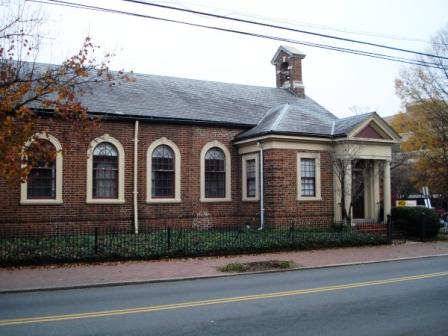